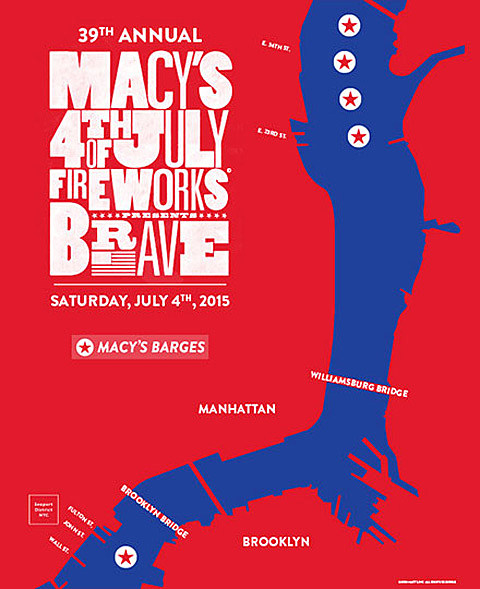 Independence Day is Saturday and Macy's annual fireworks extravaganza remains on the East River for 2015. This year's 25-minute-long display, which should start around 9 PM, will set off more than 50,000 pyrotechnic shells from the Brooklyn Bridge and barges in the water below and further up the river. Anywhere with an unobstructed view of the sky is a good place to watch -- maybe a friend's roof? -- but there are designated public viewing sections on the elevated portions of FDR Drive with the following entry points:

You can also watch the fireworks live on NBC, as part of a concert event titled "Brave" that features performances by Kelly Clarkson, Flo Rida, Brad Paisley and more.

There are also fireworks at Coney Island.