White Denim in Austin in January (more by Tim Griffin) 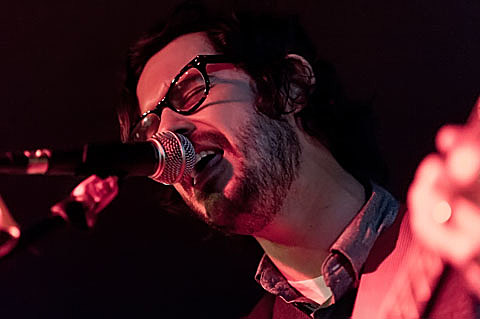 Fellow Austin band Hundred Visions are opening a number of dates on the tour including the early show at Bowery Ballroom (4/13), but no openers have been announced yet for the late show or the Maxwell's show. They also play one of our free day parties at 'Hotel Vegan' at SXSW and also open for Archers of Loaf at Bowery Ballroom on 4/26 with Pipe. Tickets for that show are still available.