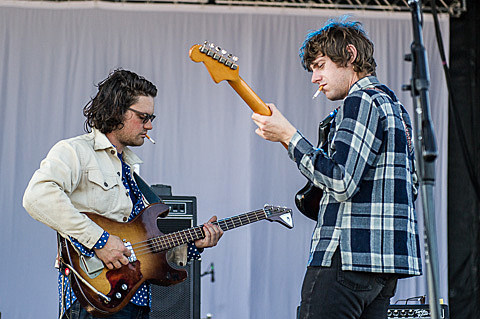 White Fence were in NYC back in June for the Seaport Music Festival and Northside, as some of you may remember. We'll get another chance to see them soon, as they're playing Glasslands on September 18. The show is presented by Converse Rubber Tracks and also features their Woodsist labelmate (and Foxygen member) Jonathan Rado, as well as '90s-leaning indie rockers Dead Stars. The show is free but you do have to get tickets which become available online Thursday (9/5) at noon.

White Fence's most recent album was Cyclops Reap which came out back in March, which means a new album probably isn't that far off for prolific main man Tim Pressley. Jonathan Rado's solo album, Law & Order, is out this week and can be streamed via Spotify. Dead Stars released their High Gain EP this summer and you can stream that HERE