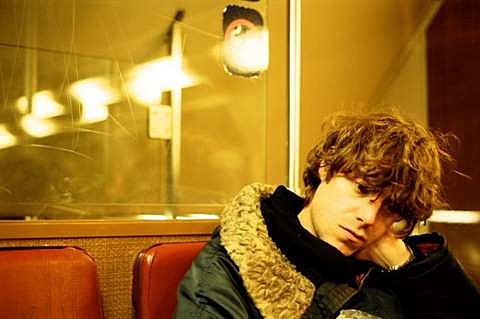 It's been kind of a bummer week with way too many great musicians lost (Gerard Smith, Poly Styrene, Pheobe Snow) but Spring is finally here and, well, the beat goes on. Lots of worthy shows this week.

First up is White Fence who are making a rare trip to the East Coast this week, playing a few shows here in NYC: Thursday at 285 Kent with Woods and Spectre Folk, then Saturday (4/30) at Cake Shop. I feel fairly certain that they are also "Beige Swordfights" listed as part of a sweet Death by Audio show on Friday (4/29) that includes The Beets, Fergus and Geronimo and The Sundelles.

White Fence is Tim Presley who also fronts LA psych-rock band Darker My Love. Where that band is more groovy in a JAMC/BJM kind of way, White Fence sounds like a lost nugget from the late '60s flower power scene. White Fence released its debut on Woodsist last year, and the second album, ...Is Growing Faith, came out this January. Both records are weird and wonderful, lots of great songs made more interesting with vintage sound and old-school tape effects. If you like Love, The Left Banke or, more recently, the Lilys (to name three L bands) you'll dig White Fence's scene. 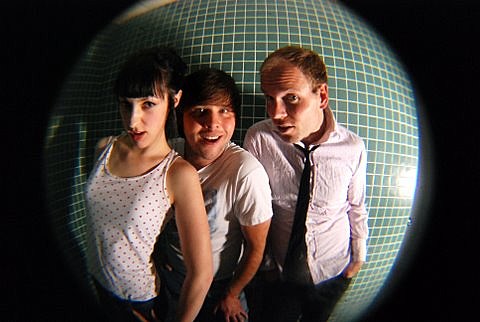 Keeping with the color scheme, Ottowa, Ontario's White Wires are back in town for a one-off show on Thursday at Bruar Falls as part of a fun line-up of party rock and power pop. One of my favorite live bands of the last few years, White Wires play no-nonsense three-minute pop and do so with a joy you can't fake. White Wires new album, WWII, gets in and gets out in less than 30 minutes and should appeal to fans of the Nerves, early Tom Petty and The Undertones.

The rest of the show, brought to you by the good folks at Daed Pizza, looks pretty cool too with all-girl trio Babyshakes, and Games which is a new band formed from ex-members of Gentleman Jesse and Busy Signals. Obviously, this is not the synthy Games who now go by Ford & Lopatin. You can listen to this Games' swell debut single over at the Rob's House Records website. 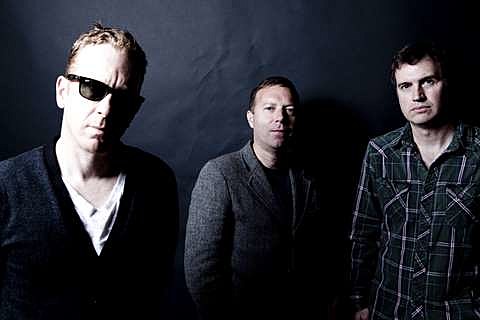 What else? Buffalo Tom play Bowery Ballroom on Thursday (4/28). The Boston trio were once dubbed "Dinosaur Jr. Jr." (being signed to SST and having J Mascis produce your debut, it was an easy joke) but became one of the most popular bands of the early '90s alt rock scene. 1990's Birdbrain and 1992's Let Me Come Over are indie rock classics that were unavoidable on college radio and Alternative Nation (or episodes of My So-Called Life) and still hold up.

The band went on hiatus around 2000 but returned with 2007's Three Easy Pieces and have just released a new album, Skins, which came out in February. It's pretty good. More mature, yes, but Buffalo Tom can still bring the noise too. If you have any doubt, you can download the entirety of Buffalo Tom's Mercury Lounge show from November 2010 courtesy NYC Taper. You can also check out a track from Skins at the top of this post. 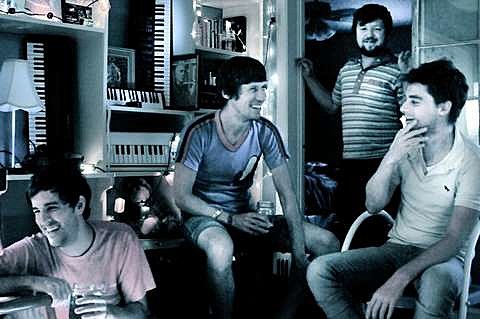 And finally, Lord Huron are here on Thursday (4/28, the night of Too Many Good Shows) at Mercury Lounge. (And at tonight at MHoW with Femi Kuti) (we're giving away a pair of tickets on Facebook). I like their EP well enough, and the Merc show seems likely to sell out, so I'm really here to say if you're going do go early enough to check out North Highlands who play right before them. It's their first show in a long time, as the band have been putting finishing touches on their debut album which they've been working hard on all winter. The band are promising lots of new songs which is pretty exciting. Anyone who's seen them play know North Highlands are great live and I think 2011 is gonna be a big year for them. Go see 'em! And yeah, stay for Lord Huron I guess.

That's mostly it for this week. A few more daily picks are below:

Blogs may have gotten over their crush on Austin band Oh No! Oh My! but that doesn't mean they've gone stale. Hear their still-catchy indiepop tonight at The Rock Shop tonight. Go early to catch Atlanta's underrated Modern Skirts (check out two tracks at the top of this post).

Modern Skirts play again tonight -- without ONOM -- at Pianos. Also playing: Lady Lamb the Beekeeper, who should be able to contain Sea of Bees, who are also on the bill (one of their 11 shows). Don't get stung.

DFA's Holy Ghost! play Music Hall of Williamsburg, having just come off touring with Cut Copy. Their debut album, out now, is worth picking up. Also playing are TWII-faves The Hundred in the Hands.

One of my favorite new local bands, Sweet Bulbs, play Shea Stadium tonight with another band I like, Weed Hounds. Both are on the shoegazy side but don't skimp on the hooks. Do you like Velocity Girl? Check out this show!

Air Waves, I think may have moved back to NYC (don't quote me) and if that's the case, welcome back! One thing's for sure: Air Waves play Glasslands tonight with Soft Healer, Hatchet Wound and Widowspeak.

Yelle, who is French, plays Irving Plaza with French Horn Rebellion, who are not. Yelle's new album, Safari Disco Club, is pretty fun if you like ultra-poppy Franco-dance music. I do. 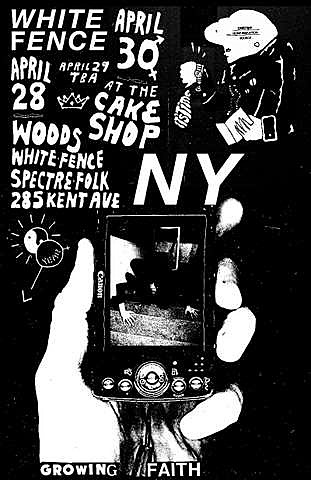 White Fence - live at The Smell 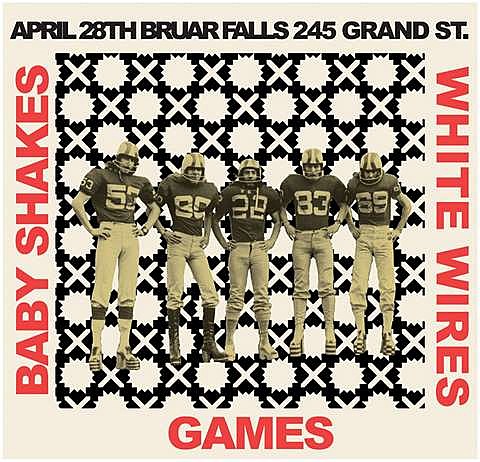 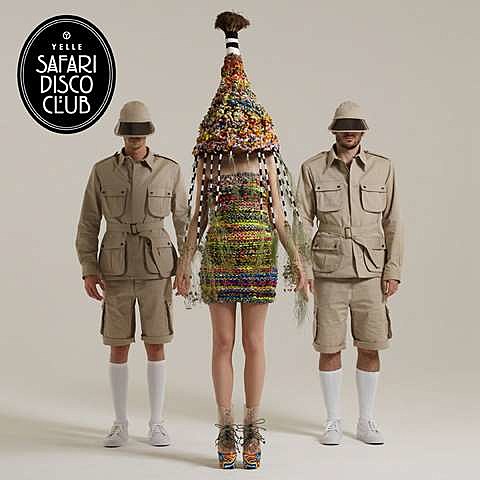