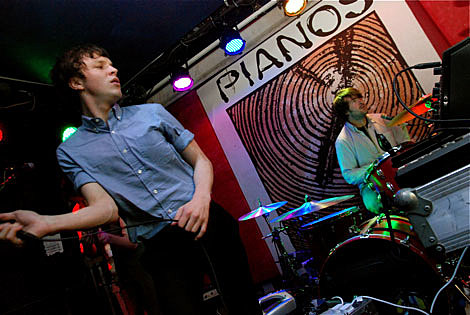 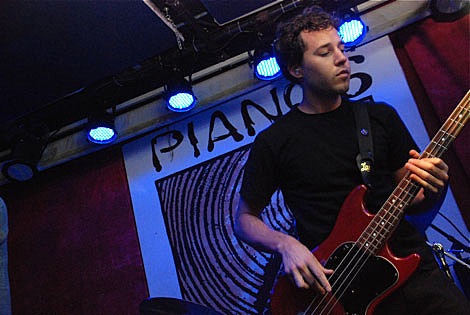 White Lies, one of the most hotly tipped new British bands of 2009, confirmed that potential with a No. 1 debut for their first album, "To Lose My Life" (Fiction/Polydor) on the new U.K. album chart. Lady GaGa's "Just Dance" (Interscope/Universal) started a third week atop the singles survey.

White Lies was known as Fear Of Flying until about a year ago. The band has released three singles so far under its current name, of which the most successful, also titled "To Lose My Life," edges 35-34 this week. Its instant album chart success came as the Script's self-titled Phonogenic/Sony BMG debut slipped 1-3, while Kings Of Leon's "Only By the Night" (Hand Me Down/Sony BMG) held at No. 2. [Billboard]

Friendly Fires, The Soft Pack and White Lies have joined forces for a North American tour presented by NME. That includes two nights in a row at Bowery Ballroom in March. Tickets for both shows go on sale today at noon. All dates below...