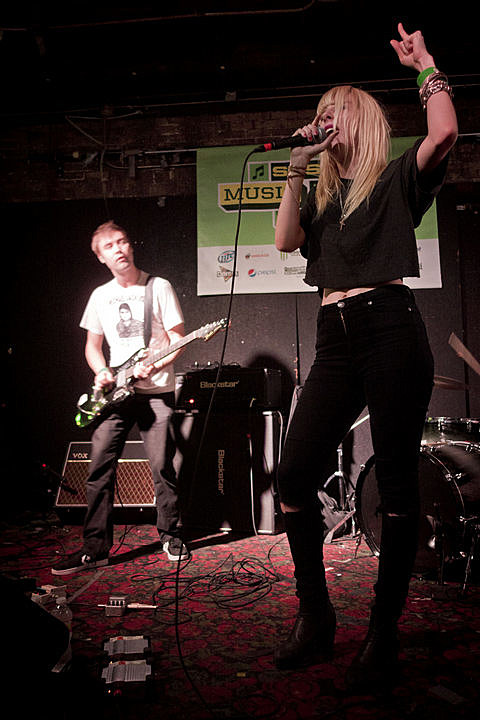 White Lung's appearance with Iceage at Bowery Ballroom on April 20 is now officially sold out, but that's not gonna stop them from playing to their fans. Word's just come that White Lung has added another show on April 15 at Acheron, snagging support from Syphylitic Lust and Boca Raton. Tickets are on sale.

The band are also making appearances at at Pitchfork 2013 in Chicago and NXNE. All dates are listed, along with a few videos, below.