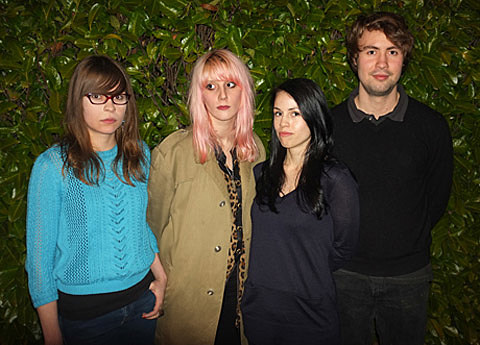 Vancouver punks White Lung will release Sorry, the band's new LP via Deranged and follow-up to their well-received It's The Evil LP from 2010. Though the record won't see the public eye until May 29th, White Lung is scheduling a few dates on the East Coast in celebration, including a pair of shows in NYC at 538 Johnson on April 20th and Acheron on April 21st. Support at both shows will be stellar, with Brain F≠, Shoxx (mems Pollution, Nomos, Battletorn), Nuclear Spring (mems Natural Law, CREEM, Nomos), and In School heading up the 538 bill while Crazy Spirit, Rational Animals, Deformity, and Putrida join the Acheron bill.

Full tour schedule is below along with a stream of "Take The Mirror", the first song to appear from the new record, and some video....