White Lung at NYU in 2013 (more by Amanda Hatfield) 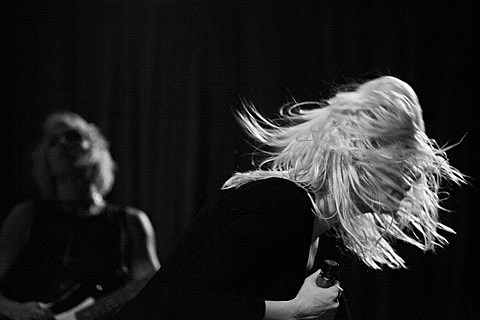 As previously mentioned, Vancouver punks White Lung signed to Domino, and since we last spoke, more details on their first album for that label have arisen. It's called Deep Fantasy, and will be out on June 17. It includes the pummeling single "Drown With The Monster" which comes out as a 7" on Domino next week (4/29), plus the brand-new single "Snake Jaw," which just premiered over at Rookie Mag where there's also a new interview with them.

As singer Mish Way has said about the new album, Deep Fantasy is a real progression from their earlier work, and "Snake Jaw" is no exception. The sound is bigger (though they're still working with Sorry producer Jesse Gander), the vocals are cleaner but still just as biting, and Kenneth William's guitar playing is still out of this world. Especially on "Snake Jaw," where he squeezes something like 20 different riffs into the song's 2-ish minutes without ever sounding like he's showing off. You can check it out below, highly recommended.

As discussed, White Lung's tour hits NYC on June 25 at Saint Vitus and June 26 at Mercury Lounge, the latter of which now includes Pop. 1280 on the bill. Tickets for VItus and Merc are still available.

Updated dates, including an Australian tour with Upset, are listed, with the new song stream and LP info, below... 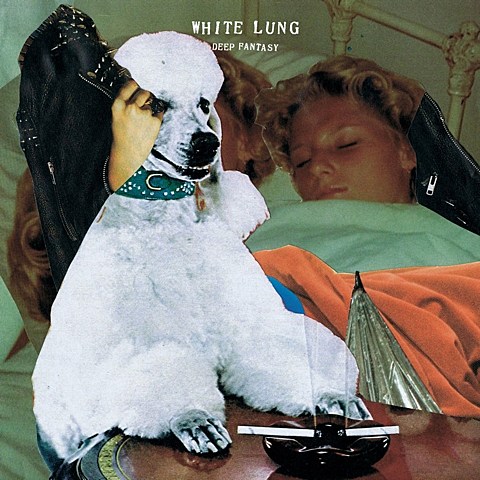