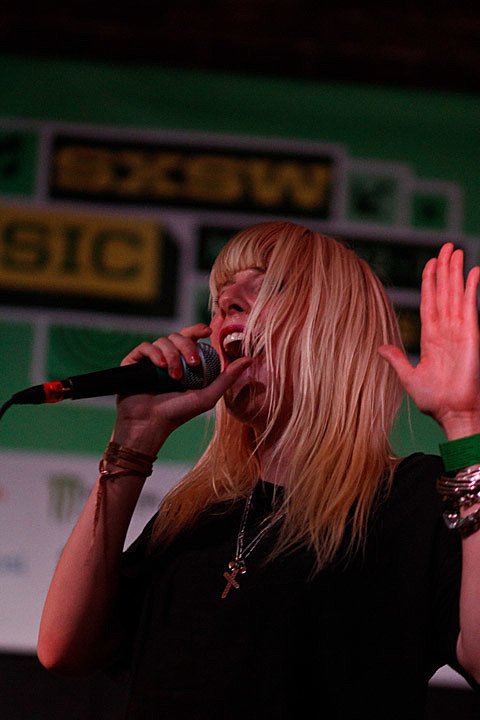 You see so much music at SXSW that it all starts to blur. "Oh yeah I totally forgot I saw (insert artist name here) two days ago!" I found myself thinking so many times. But one of the bands I know I'm not going to forget seeing is White Lung. I first caught them Wednesday night at the Enabler/Don Giovanni/Sacred Bones/Suicide Squeeze showcase, which was the night of my first full day in Austin and I was totally energetic. But when I saw them again on Saturday (3/16) at the BrooklynVegan day party at The Jr. (the indoor stage of the old Emo's), I wanted to pass out -- or just do anything but watch live music. Yet somehow I found myself in the front row putting everything I had into screaming along with their set, because that's what White Lung makes you do. Mish Way is one the most powerful singers I saw at SXSW and the band's constant full-throttle attack is the kind of adrenaline-pumping music that sets you off. I dare to you see White Lung and stand there with your arms folded.

I was talking to a friend after their set about how it's kind of unfortunate that when punk bands get attention outside of their micro punk scenes, it's usually for making a relatively un-punk album. If enough people catch on to White Lung though, they seem like the type of band who would defy this trend. They are brutal and relentless and have the type of passion in their lyrics that made early punk bands so necessary. And they never sacrifice those things when harnessing the same kind of melody and accessibility that send kids to Fucked Up and Japandroids shows.

Big thanks to our sponsors Oxygen, Best of Ink, Onkyo, mophie, Jameson, Zico, Food For Lovers, American Apparel, Korg, Vox, Blackstar, ReDigi, Signazon, Korg, Creative Creation, and Mirrored Media, who we couldn't do the day party without. A full set of pictures from all the bands at the party is coming soon, meanwhile check out more of White Lung from that show below... 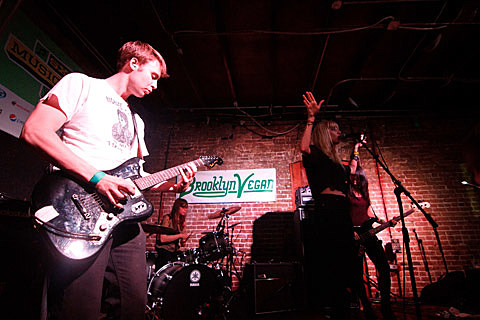 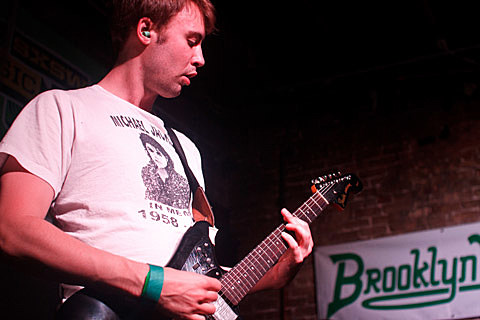 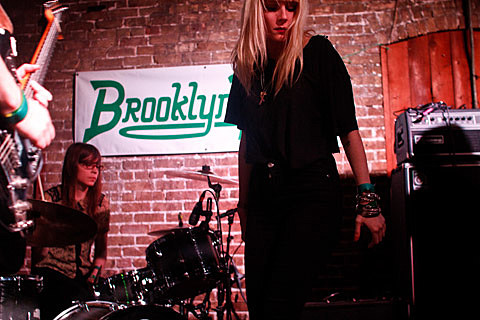 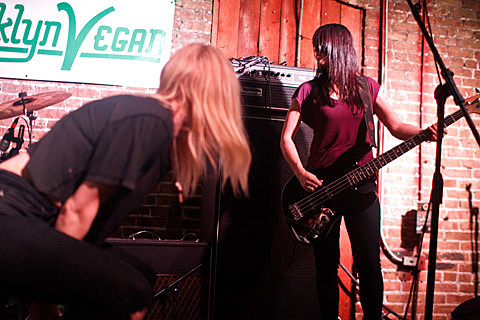 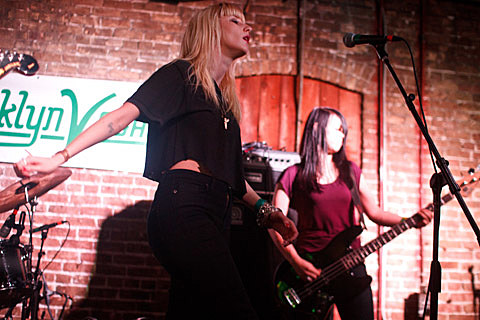 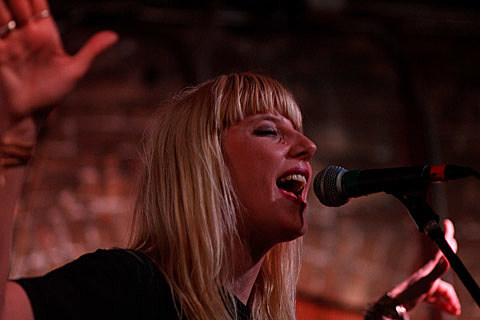 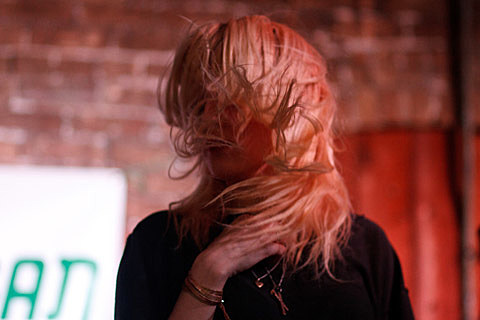 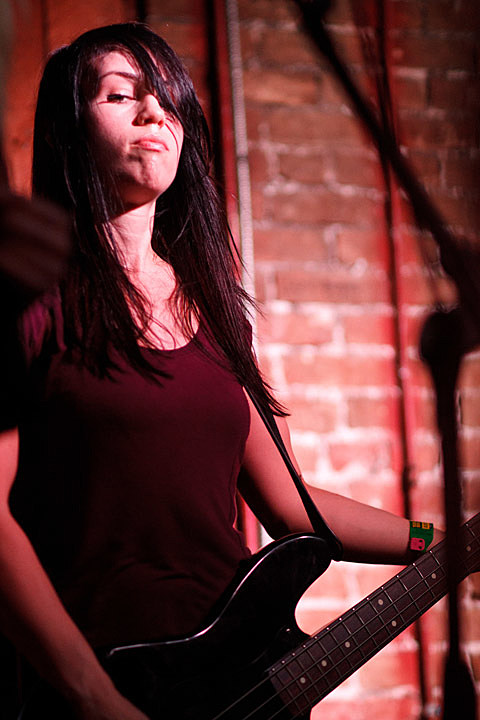 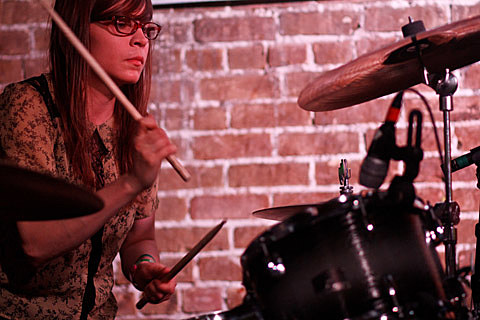 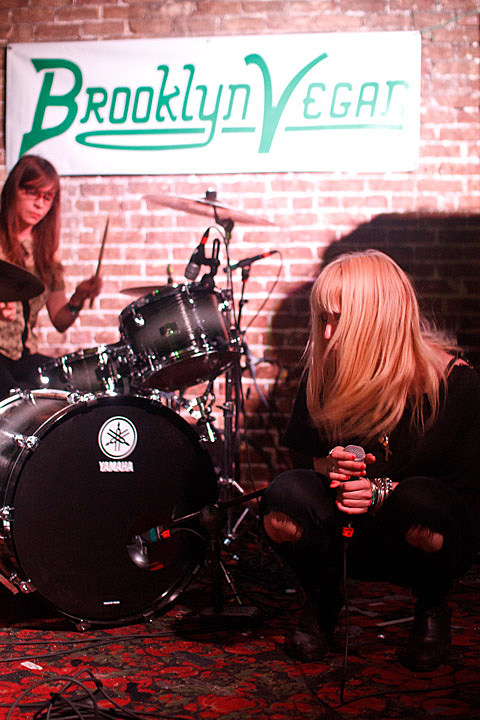 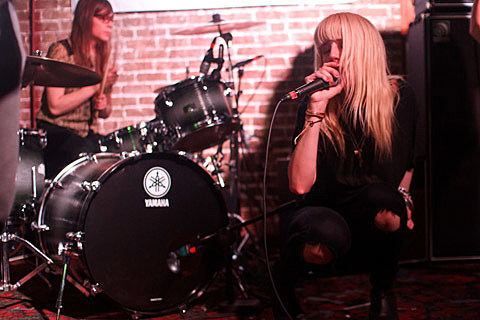 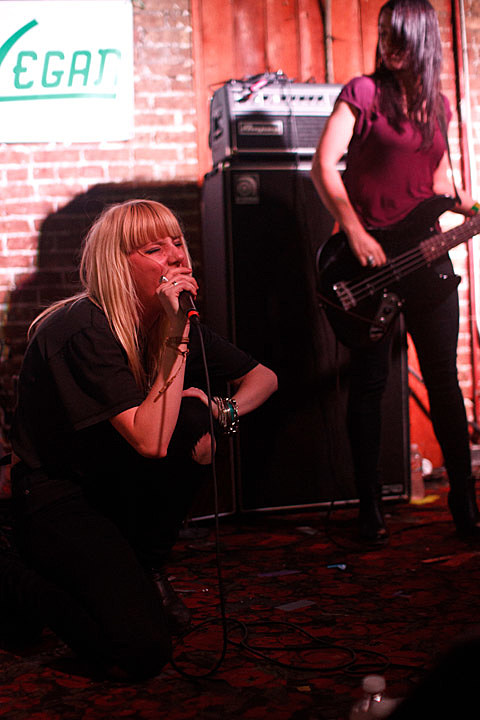 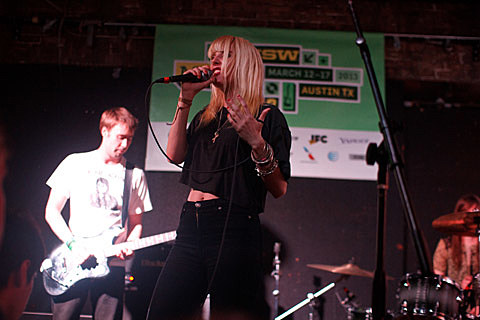 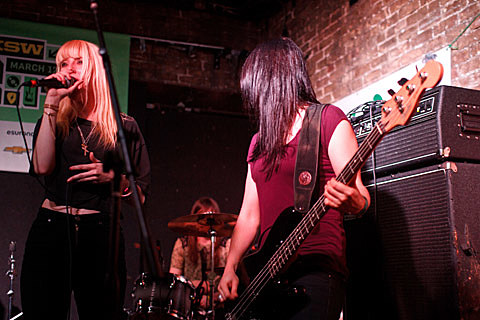 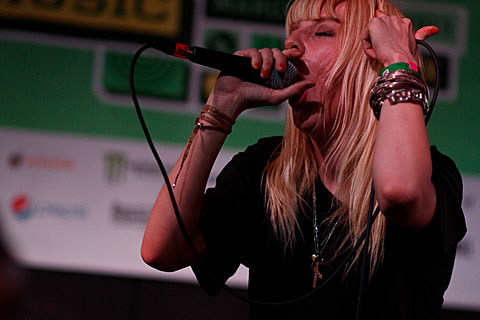