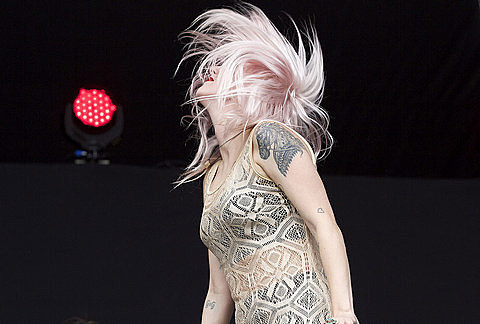 Last week, post-hardcore greats Refused announced a US tour, and it's now been announced that Vancouver's ripping White Lung will support them on their West Coast leg. No openers announced for their NYC shows yet though (which sold out immediately).

White Lung's dates include a run with Obliterations, a stop at Chicago's DRILL Festival, NYC's Governors Ball, and more. Their bassist for this tour will be Lindsey Troy of Deap Vally, rather than Wax Idols' Hether Fortune who they had previously been playing with.

* with Refused
% with Obliterations