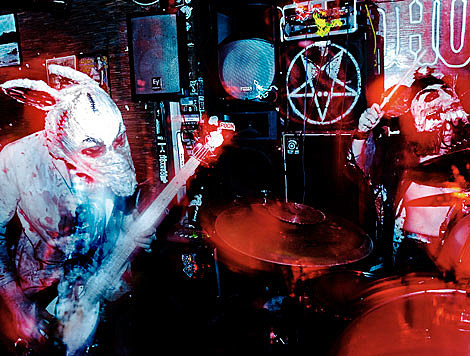 Providence, RI's weirdest theatrical slingers of doomy industrial noise, White Mice, released a new song on Halloween titled "Stinky n' The Strain" which is a 10-minute gob of their brand of heavy. It's a free download at their bandcamp and you can stream it below.

Seeing White Mice live is where it's at, though, and the band don't have a tour planned but are coming to NYC to play one last show at Death by Audio on Saturday (11/8). It's part of night of similarly twisted bands, including Doomsday Student (for whom it's a record release show), Child Bite, Burnt Skull, and Necking.

Flyer for the DbA show, plus new White Mice song, and a live video, below... 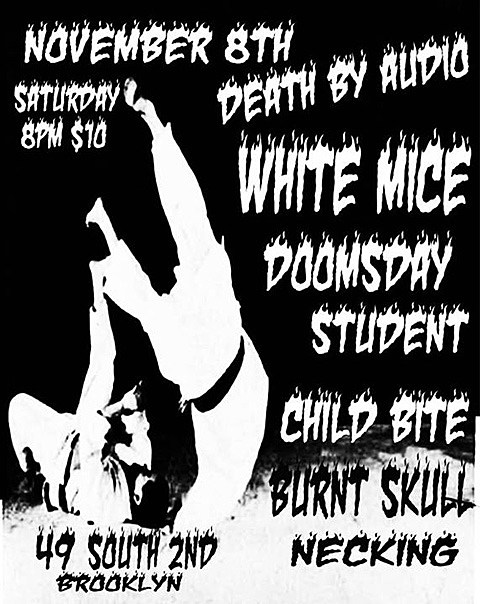