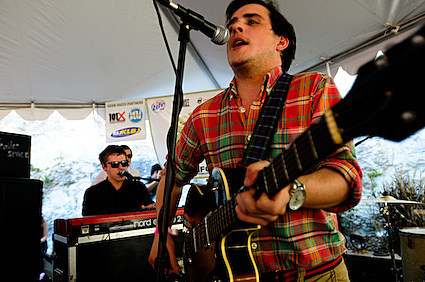 TOMORROW: (July 15, 2008) White Rabbits, Jay Reatard and Spoon are playing a ticketed show in Prospect Park in Brooklyn, NY. The Constantines are not opening, though Spoon originally announced that they were.

I have two pairs of tickets to give away. To win, email BVCONTESTS@HOTMAIL.COM (subject: Spoon). Include your first and last name. Two winners will be contacted ASAP.