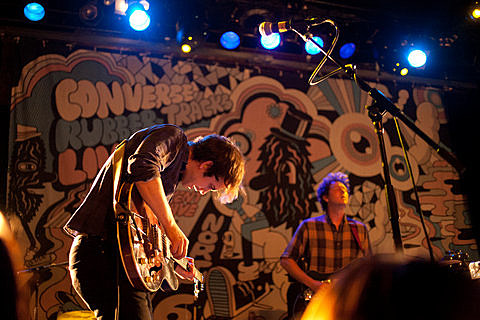 White Rabbits' third and most recent album, Milk Famous, came out back in 2012 and the band have now given video treatment to its track "Had It Coming" (directed by Nat Livingston Johnson of Peking). If you haven't heard the track yet, it's one of their relatively calmer ones (at least compared to their best known song), and the video tells the story of missing person Randy Melon. It premieres in this post and can be watched below.

They have an upcoming show this weekend during the Northside Festival: the White Iris showcase on Sunday (6/15) at Cameo, an intimate space for a band who's sold out Bowery Ballroom. Also on that show is Rathborne, Ski Lodge, Incan Abraham, Ludwig Persik and Cathy. Tickets are still available or you can also try to get in with a Northside badge if you have one. It's White Rabbits' only announced date at the moment.