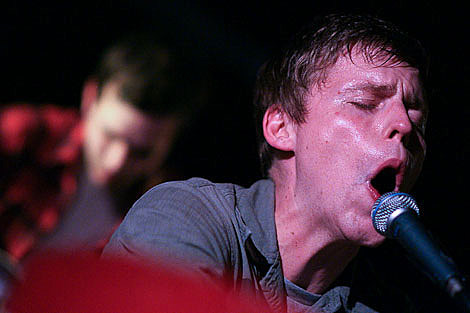 "After spending the better part of two years on the road (including festival stops at Lollapallooza, Glastonbury (UK), Sasquatch, Monolith and tours with The Walkmen, Spoon, Richard Swift, The Cribs, White Denim and Tokyo Police Club) White Rabbits hunkered down in their Brooklyn practice space to set about re-envisioning the dark pop of their debut Fort Nightly, while adding new sounds and influences to achieve an original work. The result is It's Frightening, their second full-length album - out May 19th on tbd records.

White Rabbits signed to tbd records (US home to Radiohead/Other Lives/Hatcham Social) and erected a makeshift studio in their basement rehearsal space to demo new material. Band members popped in and out over the course of several months lending ideas and personality to a new batch of songs that defy instant categorization. After enlisting tourmate, friend and songwriter Britt Daniel (Spoon) as producer, the pair began the process of exchanging demos between Brooklyn and Portland. White Rabbits recorded It's Frightening over the course of four weeks, only taking a break to play the Transmusicales Festival in Rennes, France. The sessions were recorded by visionary engineer Nicholas Vernhes (Animal Collective, Deerhunter) at Rare Book Room in Brooklyn, NY."

You may have noticed a lot more of Britt Daniel in Brooklyn lately (on the street, at Music Hall of Williamsburg, etc). The new White Rabbits album recording is probably why.

White Rabbits played their first of two sold out shows in a row at Mercury Lounge in NYC last night (2/18). The second is tonight. More pictures, the setlist from last night, and the new album tracklist, below... 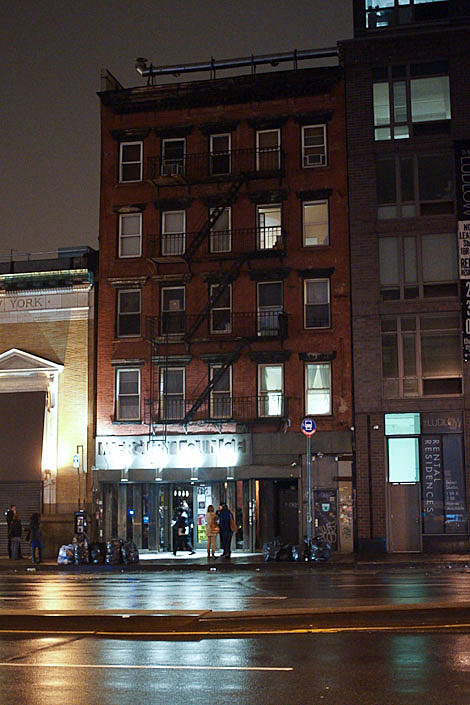 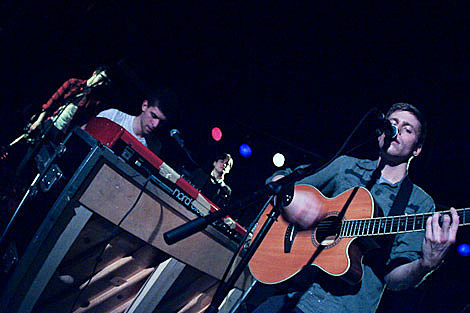 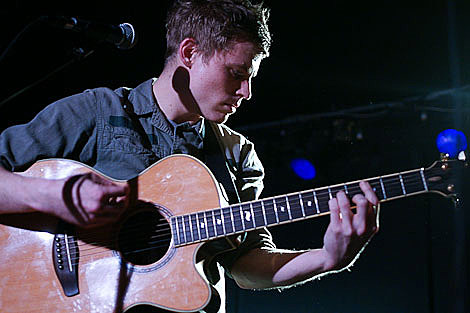 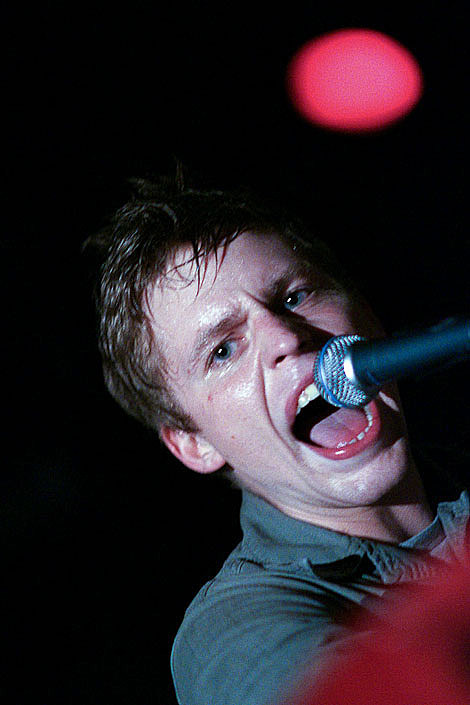 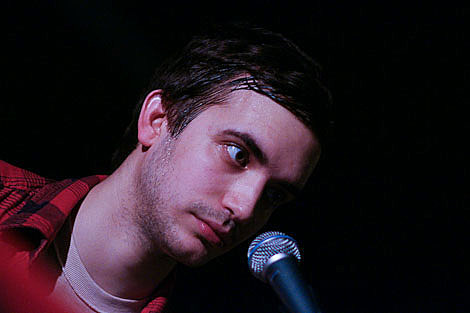 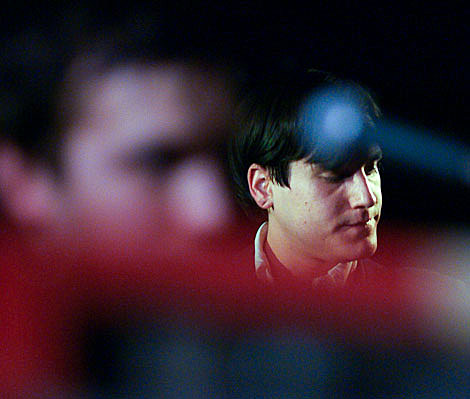 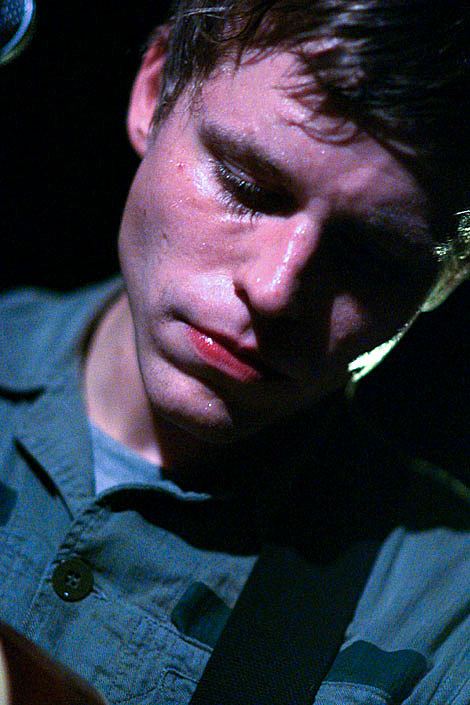 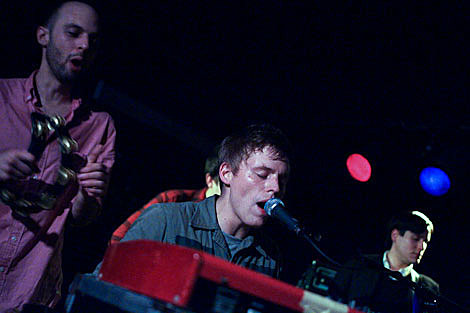 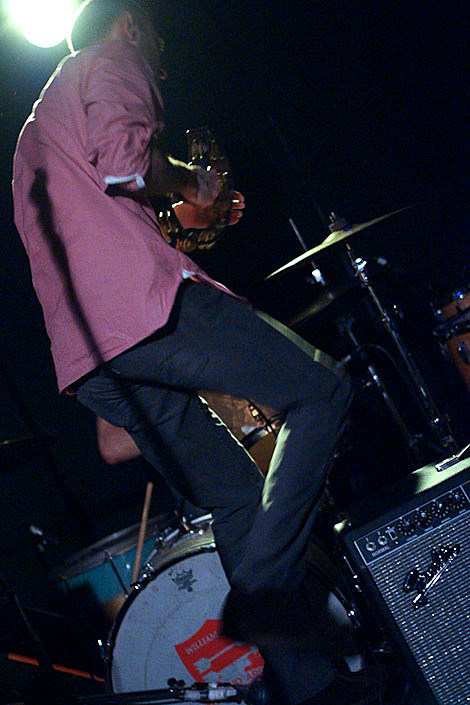 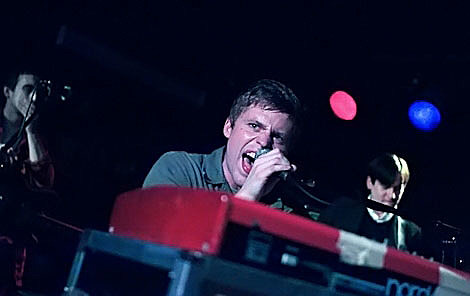 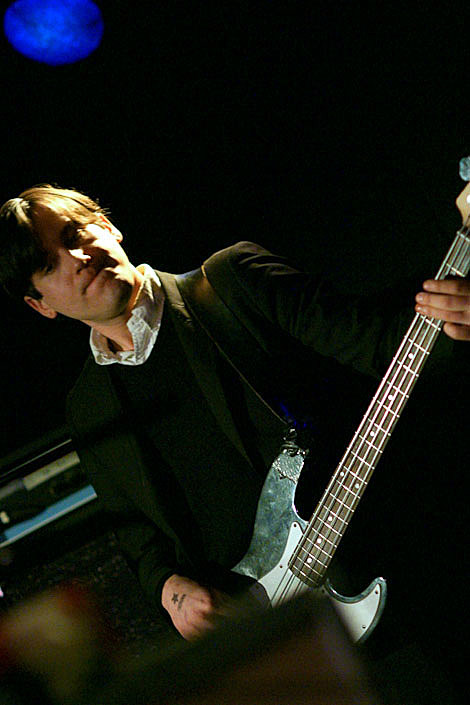 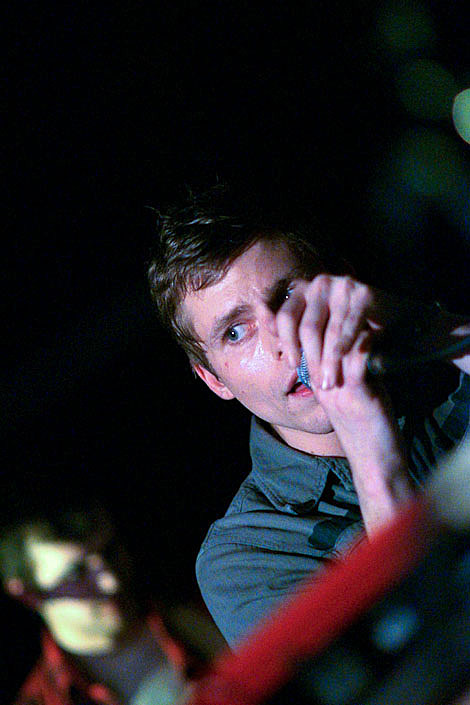 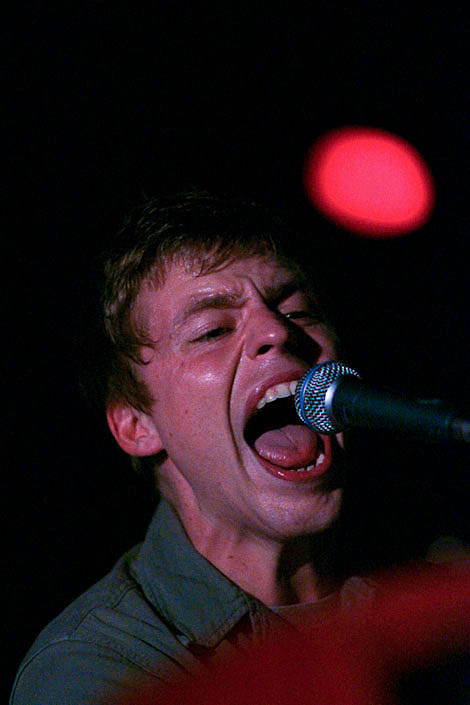 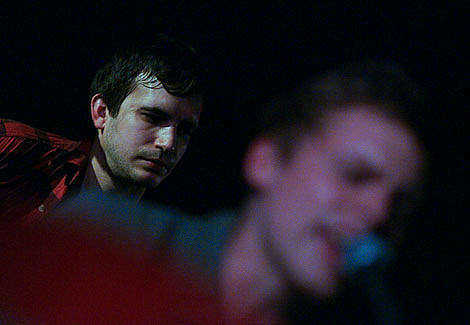 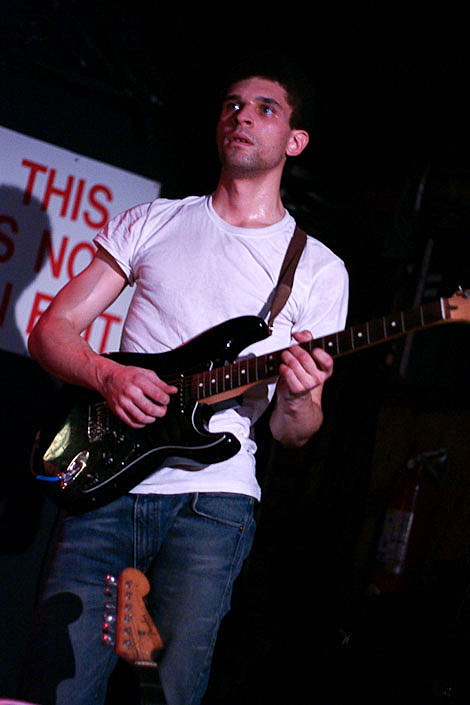 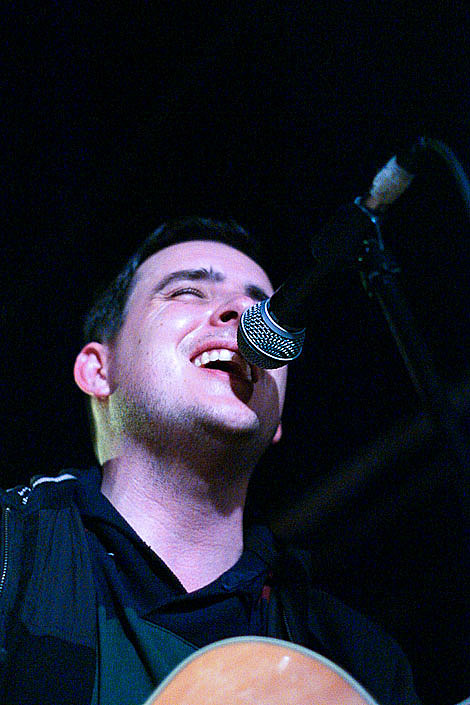 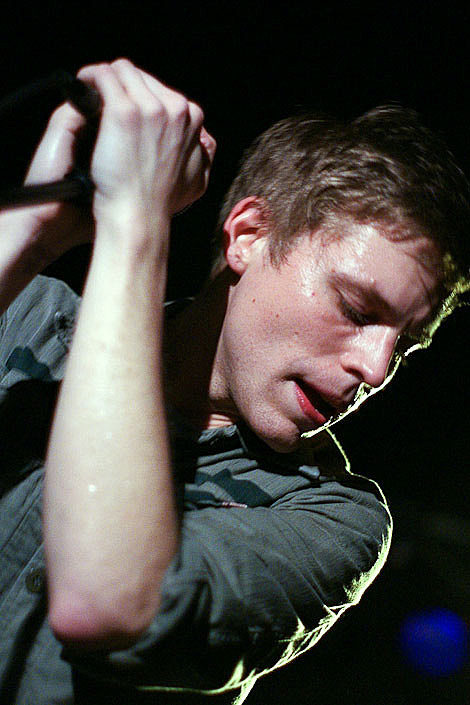 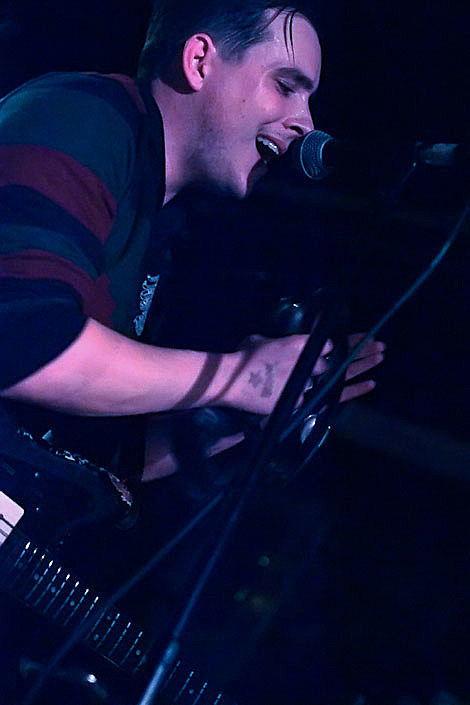 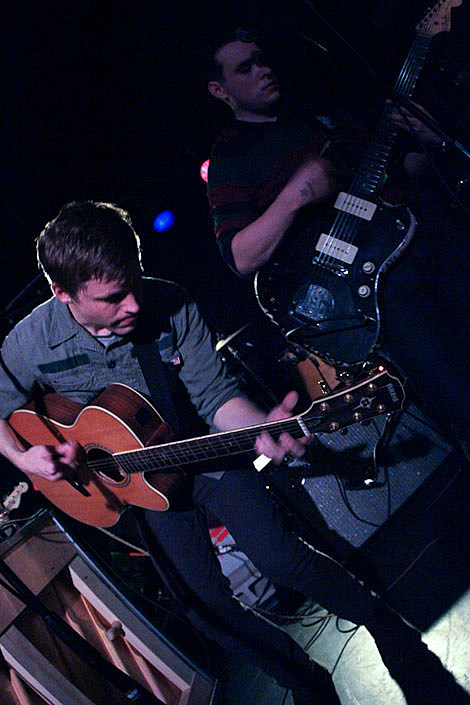 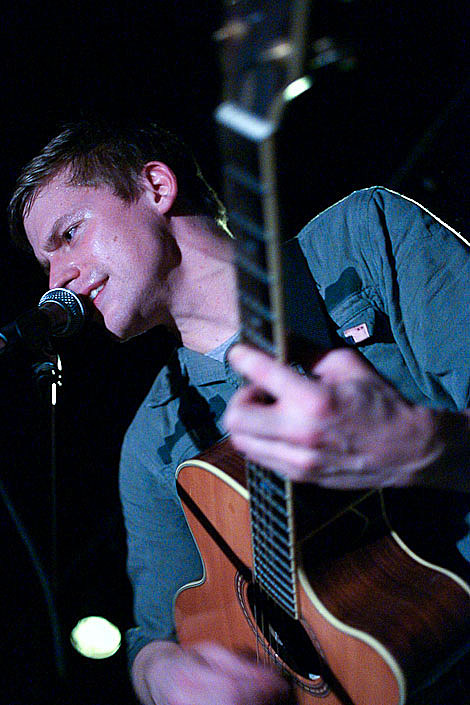 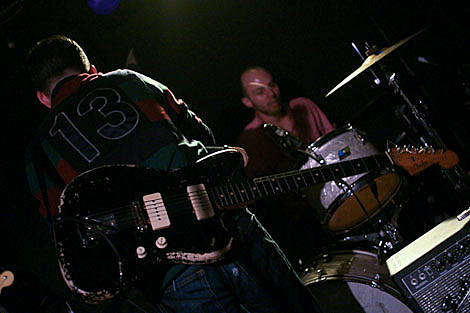 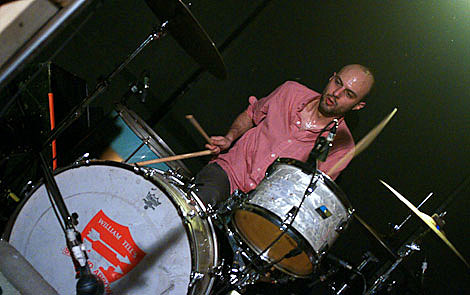 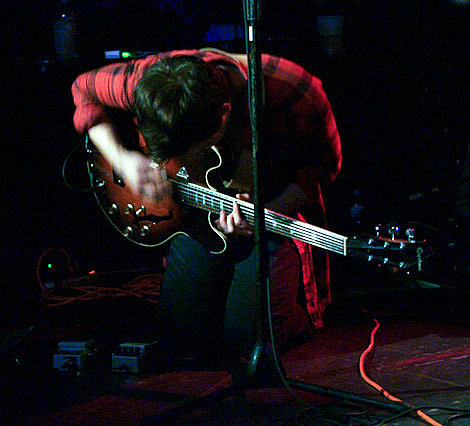 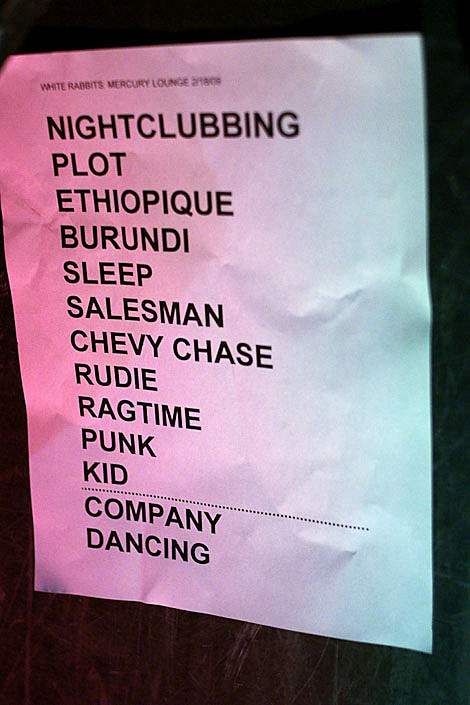 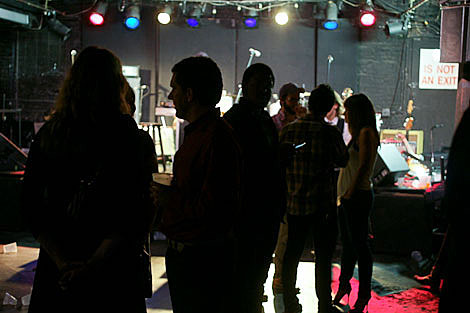 It's Frightening tracklist
1. Percussion Gun
2. Rudie Fails
3. They Done Wrong / We Done Wrong
4. Lionesse
5. Company I Keep
6. The Salesman (Tramp Life)
7. Midnight and I
8. Right Where They Left
9. The Lady Vanishes
10. Leave It At The Door