White Rabbits in Chicago in April (more by Ben Rodig) 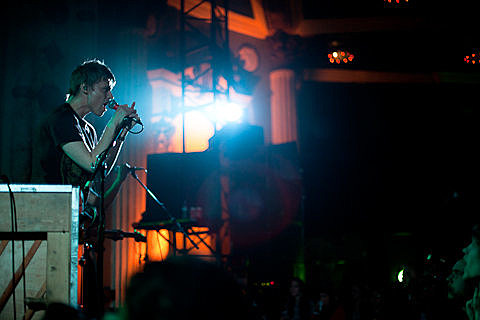 White Rabbits don't have too much planned for this summer. They'll be in Toronto this week for NXNE and will do a few festivals in August, including Lollapalooza (who just announced their schedule). Other than that, they've only got a couple other shows scheduled at the moment -- including a free show in NYC on June 30 at Music Hall of Williamsburg with We Barbarians. The show is the first in a new bi-monthly, free concert series called Converse Rubber Tracks Live and admission is first come first served. Each show in the new series will feature a band who recorded at Converse Rubber Tracks (this time that band is We Barbarians who were also chosen to open by White Rabbits).

A list of all White Rabbits dates and a video below...