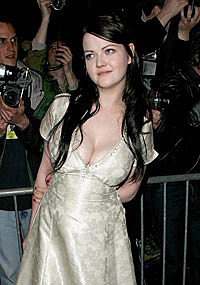 Well, I guess that solves that. The White Stripes and Arcade Fire were scheduled to play at the same time at Austin City Limits this upcoming weekend. Now I know who I'll go see at that time (still haven't decided between MIA & LCD Soundystem or Wilco & My Morning Jacket though).....

Producers were informed today that Grammy-award winning band The White Stripes are canceling their Austin City Limits Music Festival performance, scheduled for Saturday, September 15. As of the time of this release, medical reasons have been given for the cancellation.

The White Stripes were scheduled to play on the AT&T stage at 8:30 pm to close out the night at the Festival. At this time, a replacement has not been announced.

I guess that also means more people will be looking for another afterparty to go to, since The White Stripes were also supposed to play one of the official (sold out) aftershows at Stubb's. Thanks to everyone who emailed me about this, and let's hope that the medical reason is not serious.