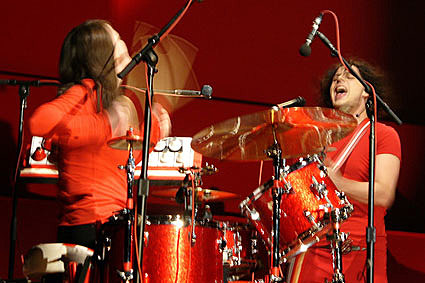 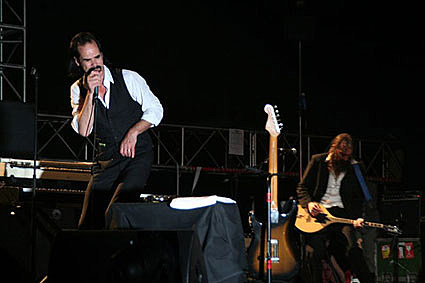 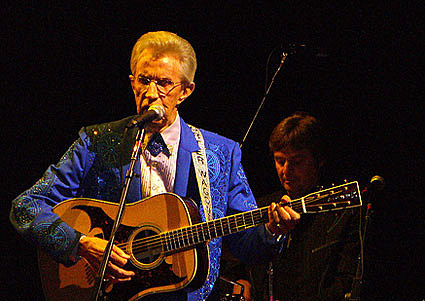 It was a fun show start to finish with the White Stripes playing an almost two hour headlining set to the 20,000-or-so in attendance at Madison Square Garden last night (July 24, 2007). Porter's set was short, but sweet - he really seemed to be enjoying himself. Grinderman's (first U.S.) set seemed a little long for an opener, but it was high-energy, and it was great to see Nick Cave. White Stripes proved they could pull it off to an enthusiastic arena filled with people of all ages, and from all walks of life - rowdy "bros" included. The stage show was modest - lots of red (obviously), a disco ball, and some strobe lights - the ringmaster Jack White on guitar, and his sister Meg on drums. What else do you need?

Their NYC show before this one was at the much smaller Irving Plaza.