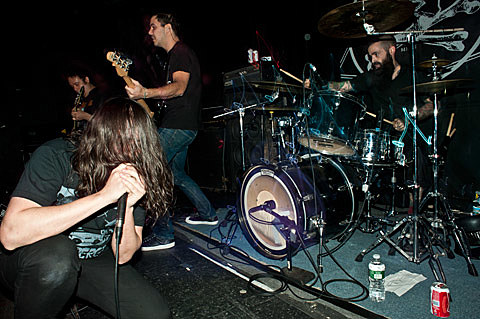 Members of Goes Cube, The Destro, Grudges, and Primitive Weapons have united to form White Widows, a young Brooklyn band ready to prove themself with their debut LP via Sacrement Music. The six-song self-titled effort shows the band's influences clearly, mixing 90s-influenced hardcore with parts that would sound at home on on a Crowbar or Pantera effort. Stream that LP in full below for the first time.

White Widows have a few dates in their path, including March 9 at Acheron with Heartless, and again on April 20 at Knitting Factory with Black Breath and Mutilation Rites (tickets). All dates are below