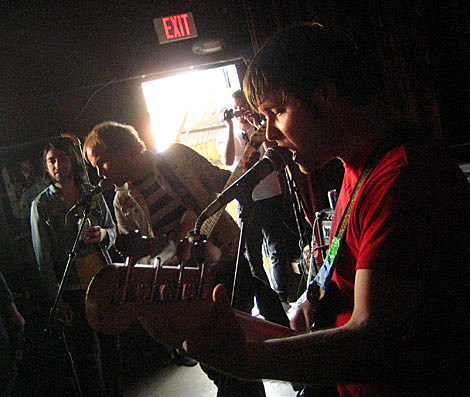 I think the single best SXSW 2010 performance by a band I hadn't seen before had to have been Canadians The White Wires, who I caught at the Trouble in Mind party at the Longbranch Inn (my vote for Worst Bathroom at SXSW 2010).  The Ottawa trio ripped it up with a short, sharp set of hook-laden rock n' roll that reminded me a lot of late '70s new wave -- think the Nerves, Rezillos or even Tom Petty. Despite being mid-afternoon, they had the crowd dancing and left me wanting more. Seriously awesome.

This week, there's finally more. On their way down to this year's Atlanta Mess-Around (April 23-25), The White Wires are stopping at Cake Shop on Thursday (4/22) where they'll play alongside Alabama's also-good Thomas Function and locals We Are Country Mice. The show is put on by Daed Pizza which is a new label/party night from the Cake Shop/Bruar Falls folks. It's White Wires' only NYC performance, so don't miss it.

There are three White Wires MP3 to download above: "Ha Ha Holiday" from their debut LP which came out last year on Douchemaster Records; "Pretty Girl," the killer A-side to their single on 7"-only label Trouble in Mind; and "Did You Forget My Name" from their upcoming album on Dirtnap Records.

Thomas Function also play on Friday (4/23) at Monster Island with Harlem and Girls at Dawn -- that's a good show too. All tour dates for White Wires and Thomas Function, the full Mess-Around linep, plus some videos, below...

The White Wires - In My Bed 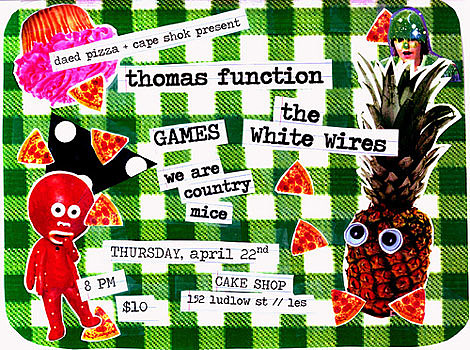 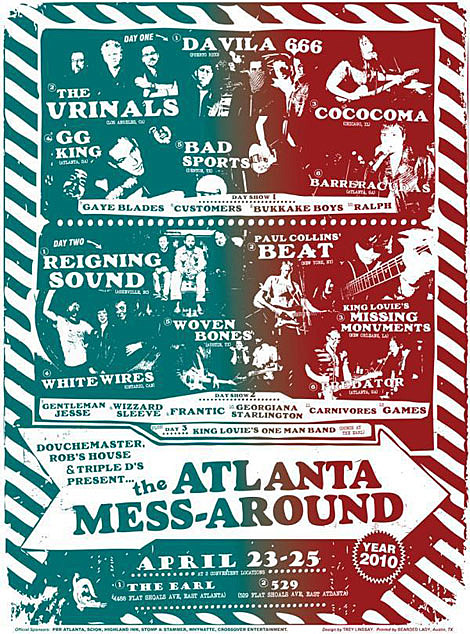