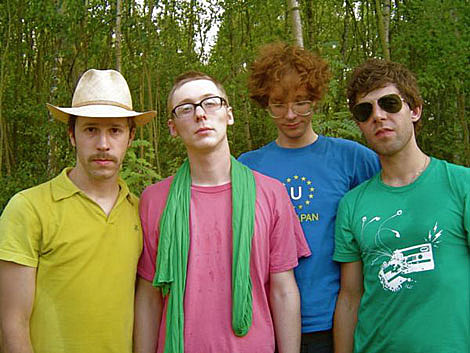 On the heels of Kings of Convenience (most likely) canceling their February tour (and NYC shows this weekend), Whitest Boy Alive (a band that includes Erlend Øye from Kings) has announced an appearance at Coachella in April and two NYC shows to follow. They'll be at Bowery Ballroom on April 20th and Music Hall of Willliamsburg on April 21st. Tickets are on AmEx presale now. General sale starts Friday at noon.

Erlend writes that the new shows are "work-permit-pending" (hopefully that doesn't mean another cancellation announcement!). Before then, Whitest Boy Alive will be in Mexico to work on new music and play some shows in March. All tour dates are below...