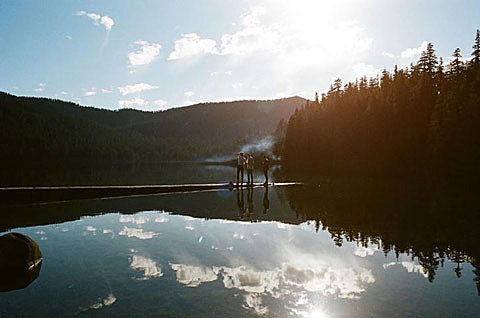 Smith Westerns broke up at the very end of 2014 and since then members Max Kakacek and Julien Ehrlich (who also played drums in Unknown Mortal Orchestra) have formed the new band Whitney that doesn't seem to stray too far from the warbly glam of their old band. Check out the Big Star-esque "No Matter Where We Go" below. It's the lead track from Whitney's debut EP, due out this month on the Lead Riders label. Read a statement from the label about the band below as well.

Whitney were just on tour, having played their first NYC show at Shea Stadium last week with Frankie Cosmos. Anybody go to that? 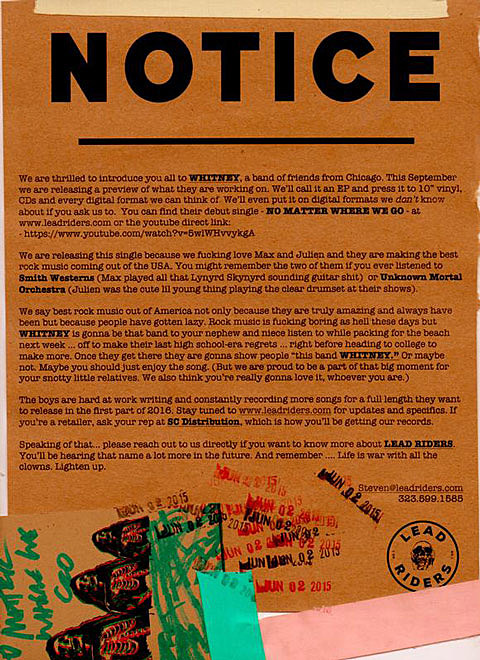