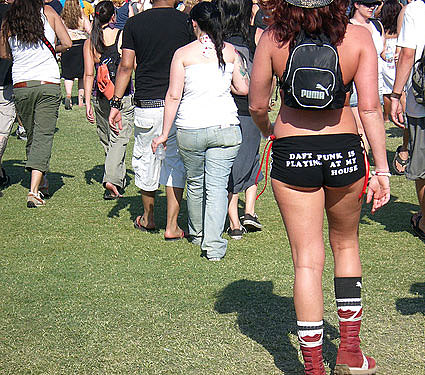 The list the LA Times came up with so far is below...

"Next week, you can expect an announcement of the roster, which I was told cryptically might include a surprising veteran act or two (not David Bowie) -- and will not include the rumored set by the reunited My Bloody Valentine. Meanwhile, message boards and blogs are bursting with names of the acts heading to Indio for the April 25-27, 2008 festival, but precious little information has leaked regarding headliners." [LA Times]