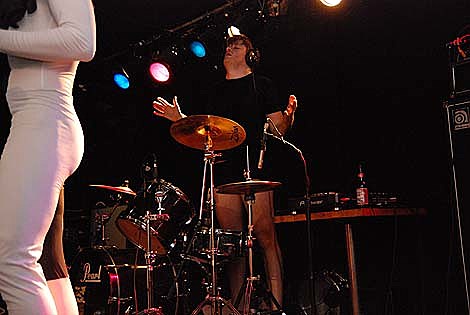 [On February 26th, 2010] we had a blast at the Copenhagen Jazzhouse! Jean von Baden invited us to a great setup with live performances by weird drummer/performer Kalles World Tour and the ultra cool Danish band WhoMadeWho.

After the warmup by Kalle and his crazy stage show WhoMadeWho gave a terrific performance playing great tracks and a few covers, Satisfaction by Benny Benassi among others. Their energy was fantastic and the stage performance was great! A big up to Jean von Baden for bringing the trio to Jazzhouse! [Hejven.se]

A video from that recent show, and other WhoMadeWho videos are below.

And in the spirit of SXSW, we've added yet another band to our pre-SXSW NYC show at Knitting Factory on March 15th. And the set times are:

Screw work! We've added a midnight set by a Danish disco punk band to our Monday night show, and the price remains the same. $8.00 tickets are still on sale (they'll cost you $10 at the door).

After NYC WhoMadeWho make their way to Austin to play the Windish showcase Friday night, March 19th, at Emo's, and Do512's "The Big One 2010" party on March 20th. The full lineup for that party, all dates and some videos below...

WhoMadeWho - "Keep Me In My Plane" 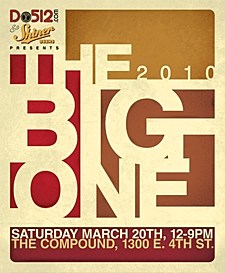