Fresh off the successful release of their second EP Clean and a sold-out show at Saint Vitus in November, Atlanta's Whores are already gearing up for 2014. On February 11, they'll participate in Brutal Panda's latest series of covers-driven split 7"s; their side features a sludgified version of The Cure's "Jumping Someone Else's Train." (The other side features Rabbits, who cover "Give It to Me" and "A Reflection" on their side.) Preorder the split here and stream the Whores cover below.

The band will also embark on a North American tour in March and April. Lo-Pan and Fight Amp will join them on certain dates (which are listed below). The tour will hit both SXSW and Spillover Fest in Texas; the Fight Amp leg will stop in NYC at Saint Vitus on March 28. Keep an eye out for tickets.

Check out the Whores/Cure cover tune, the cover art for the split 7" with Rabbits, and their full run of tour dates below. 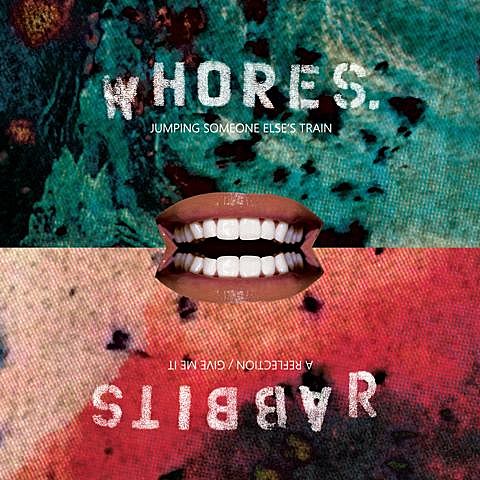