photo: Whores at Union Pool in 2012 (more by Markus Shaffer) 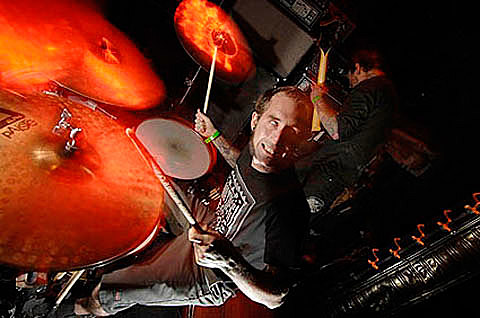 Atlanta sludge dudes Whores haven't announced touring plans for 2016 yet, but they did just reveal a NYC show with Philadelphia's like-minded Fight Amp. It happens at Saint Vitus on February 11 with support from Fashion Week and Haan. Tickets are on sale now.

Fight Amp released Constantly Off in 2015. You can stream that and watch Whores' playing "I Am Not A Goal-Oriented Person" below...