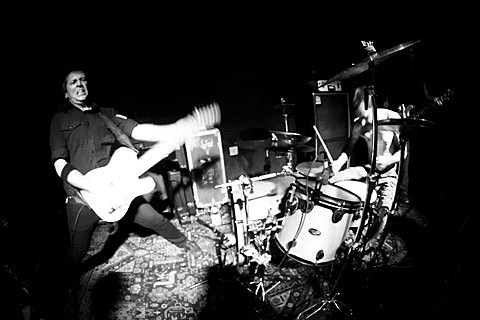 The new Whores LP is another in a long string of wins for Brutal Panda, who will release the band's sludgy noise-core debut Ruiner on December 20th. Stream two songs by Whores below including the new track "Fake Life" (which makes its debut here) and check out other tracks that recently surfaced on Decibel and Metalsucks. Pre-order your copy at the Brutal Panda site - for fans of Unsane, Today is The Day, and latter favorites like Fight Amp.

The trio will follow-up the release with a string of dates that will include New Year's Eve at The Earl with Kylesa and Royal Thunder in their hometown of Atlanta, as well as Saint Vitus in Brooklyn on January 4th with sludge-monsters Javelina (!), the always amazing Tiger Flowers and recent gothic punk favorites Psychic Teens. Ticketing info is forthcoming, but $10 gets you in the door for this 8PM show.

All streams, the tour poster and dates are below. 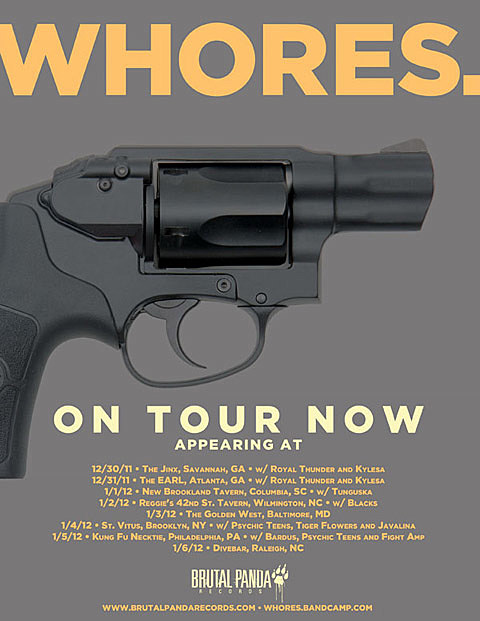