Whores at Union Pool in 2012 (more by Markus Shaffer) 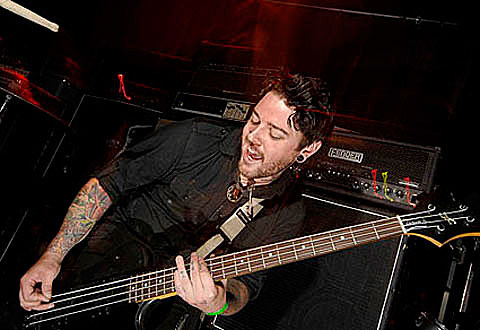 A few weeks back, we debuted a new Whores song over at Invisible Oranges. Yesterday, a second song from their new EP Clean popped up over at Noisey. The song, "Last Looks," is pretty much what you'd expect from the band: gnarled, grinding noise rock, equipped with metal-esque muscle and guided by smart songwriting. Sometimes it's nice to have your expectations satisfied. You can preorder Clean on Brutal Panda's Bandcamp. We also played the new jam on our East Village Radio show last night; check out the archived stream if you missed it.

Whores have also announced a couple shows, including one in their hometown of Atlana and another in Brooklyn happening on on November 22 at Saint Vitus. No other bands have been added to the bill yet, but Whores are a good enough live band to make the date worth saving by themselves. Keep an eye out for tickets.

All dates are listed, along with both song streams, below...