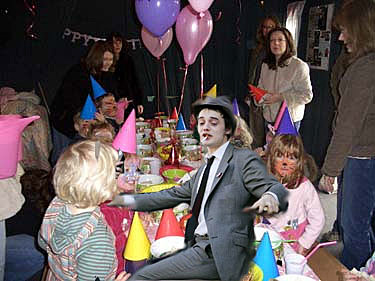 Last month, Roman Abramovich shelled out £185,000 each for Mercury prizewinners Klaxons and sexy Brazilians CSS to perform at his daughter's birthday. In February, a Californian computer-games tycoon paid £15,000 for an exclusive set in Pete Doherty's own, blood-spattered home. Mind you, the latter may have been miffed to hear that, a few weeks earlier, Doherty had accepted £100 from a regular dad to play at his daughter's birthday party.

"Doherty is a perfect example of how the private-gig market is shifting," says Richard Davies, a former music-industry executive turned internet entrepreneur, whose latest venture aims to make private-party performances from pop stars available to the masses. "At one end of the scale, you have your Dolly Partons and Celine Dions. At the other, which is still in its infancy, are cooler, younger pop and indie acts, who are obviously a lot cheaper." [TimesOnline]