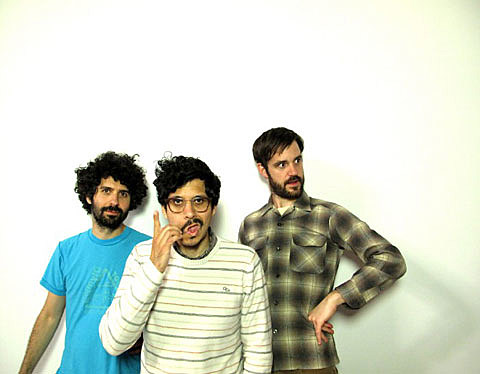 WHY? are currently at work on their followup to 2009's Eskimo Snow. Not too many details have emerged on the album yet but we can assume WHY? have something crazy up their sleeves, because as promoter Worldess Music puts it, WHY? will be presenting "a pair of unusually intimate and seated album-preview shows" in NYC on September 21 at Florence Gould Hall at 7 PM and 10 PM. Tickets for both shows are on sale now.

Yoni Wolf recently spoke to the 405 about the new album:

"I have of the nineteen I'd call rap songs, the other half, I dunno... more melody and chords sort of thing," he says. "I tried to get rid of the electric guitars. Maybe just for stabs but nothing sustaining or long... it eats up so much of the high mid-range where the vocals sit. It's mainly percussion-based I would say, that's the driving force."

Grab some live Why? tracks over at Daytrotter. Check out a birthday video Josiah (who was just on tour) and Liz made for Yoni (who played LPR with Josiah in April), below...