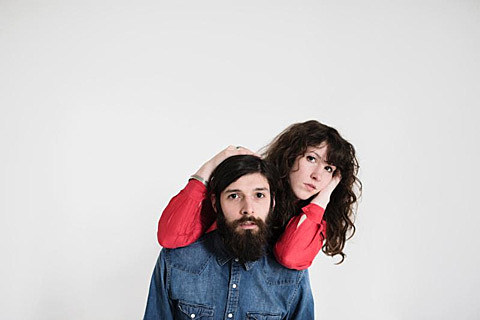 Widowspeak will return with their third album for Captured Tracks, titled All Yours, on September 4. They worked again with Jarvis Taveniere (who produced their debut), who also doubled as the bassist on the recordings and Taveniere's Woods bandmate, drummer Aaron Neveu, rounded out the rhythm section. You can stream first single "Girls," as well as All Yours' title track (via NPR) below.

The band will be on tour this summer, kicking things off just outside of NYC at BSP Kingston on June 20 with Jessica Pratt (tickets) and then they'll play Brooklyn Bowl on June 30 with Small Black and Eternal Summers (tickets). Widowspeak will then head out on tour with Lord Huron. All dates are listed below...