Widowspeak at MHOW earlier this month (more by PSquared Photography) 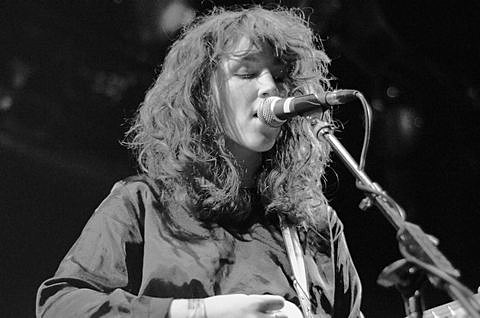 Brooklyn's Widowspeak will release Almanac, the followup to their 2011 self titled debut on January 22 via Captured Tracks. The album was produced by Kevin McMahon (Titus Andronicus, Swans, Real Estate). They still sound a good deal like Mazzy Star on their new single, "Ballad of the Golden Hour," which you can download above, and check out the full tracklist and cover art below (via Pitchfork).

Widowspeak will support the new record with a few shows in January, kicking off with a hometown gig at Mercury Lounge on January 22. Tickets for that show go on sale Friday (11/16) at noon.

A list of all dates, the album cover art and tracklist are below.