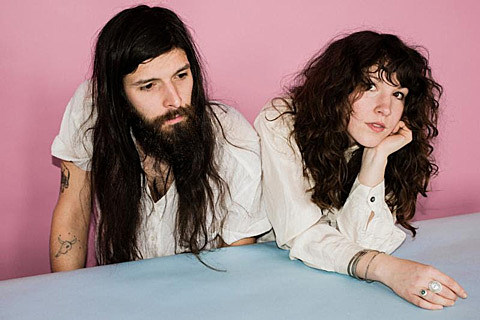 Dreamy Brooklyn-based indie rockers Widowspeak are putting out the nostalgically titled third album, All Yours, on September 4 via Captured Tracks. They'll be celebrating the night before with an NYC record release Rocks Off cruise on September 3 on The Jewel which ships off at 8 PM from the Skyport Marina (East 23rd Street & FDR Drive). Also on board will be John Andrew and the Yawns (who played on All Yours). Tickets are on sale now.

That boat show comes after Widowspeak's upcoming tour supporting Lord Huron. You may have also caught them last week at Brooklyn Bowl with Eternal Summers and Small Black. They've added other shows since we last posted and all upcoming tour dates are listed, with a stream of the All Yours' ambling title track, below...