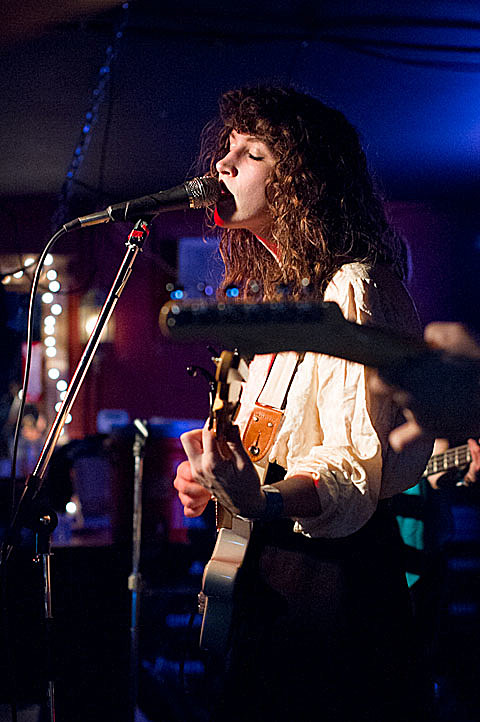 Widowspeak are back from a trip that brought them to Mexico for Festival NRML and to Austin for SXSW where they played they played Hotel Vegan. Bill Pearis wrote:

Widowspeak were the first of three bands who played our party Friday that are on Captured Tracks. (DIVE and Craft Spells would be the others.) Molly Hamilton gets compared to Hope Sandoval a lot, and they both do have that sultry breathy vocal quality but Mazzy Starr never got up enough speed for song like Widowspeak's "Fir Coat."

Another set of pictures from their set at our show is in this post.

Bleeding Rainbow didn't play any of our SXSW parties, but Bill did catch them in Austin the same day he saw Widowspeak, and wrote:

Bleeding Rainbow were on their last couple songs when I got to the Iron Bear. A year ago, the Philadelphia band were a duo (still with the name Reading Rainbow) but added a member last fall and then changed their name. Now... they're a four-piece and sounded fierce!

Catch Widowspeak AND Bleeding Rainbow, and Eternal Summers, and Shark? for a date in Brooklyn at Death By Audio Saturday (3/23). $7 gets you in the door.

Bleeding Rainbow have on other show on their upcoming calendar, on March 30th at Johnny Brenda's in Philadelphia supporting Cloud Nothings. Cloud Nothings play two NYC shows next week with A Classic Education, at Mercury Lounge and Glasslands (both are sold out).

NYCTaper was on hand for Widowspeak's last NYC show earlier this month, and has the audio from the show to prove it.

Check out some Widowspeak video/interviews from during SXSW/Festival NRML, more pictures from Hotle Vegan, and updated Cloud Nothings dates below.... 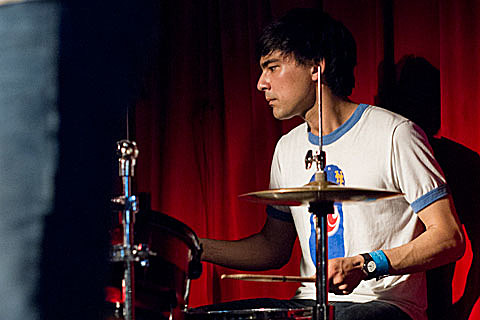 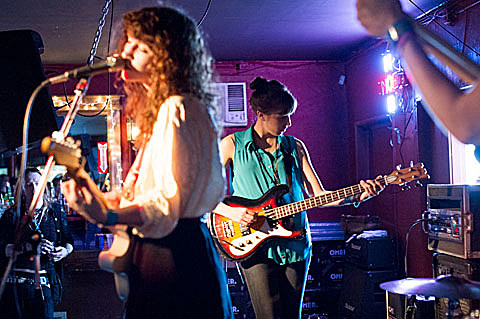 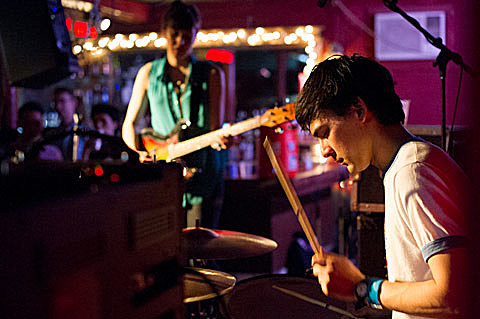 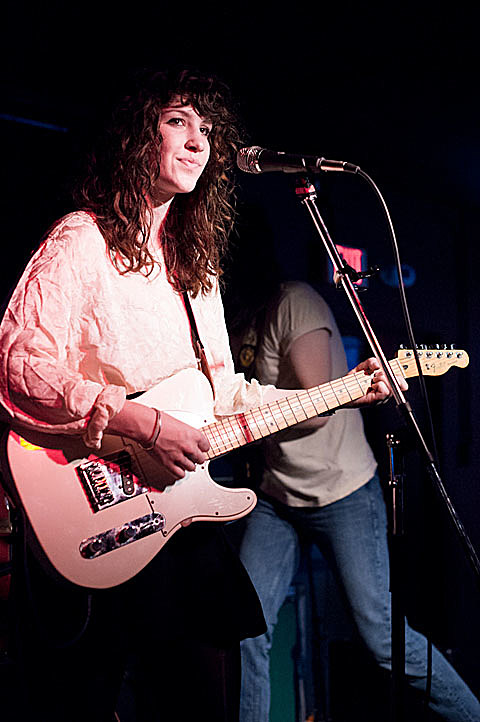 Widowspeak have no other dates announced, but Cloud Nothings do...