Michael Berdan of Believer/Law, on stage with Veins, June 2011 (more by Tim Griffin) 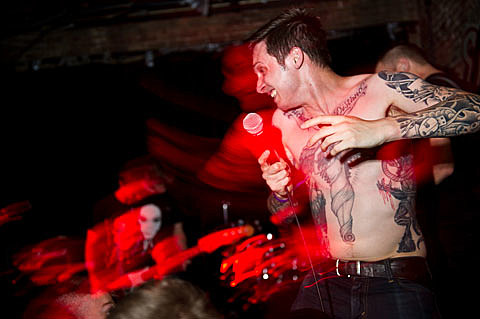 Dating back nine years, it's no wonder that the weekly WIERD party draws some great bands and especially for a late night on a Wednesday. WIERD's anniversary will be celebrated tonight at their homebase of Home Sweet Home (11/21) with an appearance from Sacred Bones artist Led Er Est. Come out and party.

But if you can't make it to WIERD this week, there are still a bunch of great bands in the coming weeks as well. Next Wednesday (11/28) means an appearance from Texas band Pinkish Black, who just signed to Century Media for a new LP. The band's last NYC appearance was at Saint Vitus on June 15th as part of Northside, on a bill with Deafheaven, Indian Jewelry and Vattnet Viskar.

Sweden's Lust for Youth will begin their trek towards the end of the world (if you believe this kind of stuff) with a show at Wierd on 12/12/2012. The band recently released Growing Seeds via Sacred Bones earlier this month after a smaller release in the EU on Avant! Records. Check out a song stream below.

And last but not least, the WIERD Holidaze Party (12/19) will feature Believer/Law with DJ Ryan DAIS. The band features vocalist Michael Berdan (Drinkdriver/Veins, etc) and steers away from some of his previous hardcore-based focus, instead opting for keyboard-driven gothic-industrial. Check out a new song below, along with a live video. The holiday party will also double as a record release show for the band's upcoming cassette on Robert & Leopold (LP due on Blind Prophet soon).

Check out video from some of the bands with forthcoming WIERD performances below, along with tonight's 9th Anniversary Flyer. Congrats, WIERD! 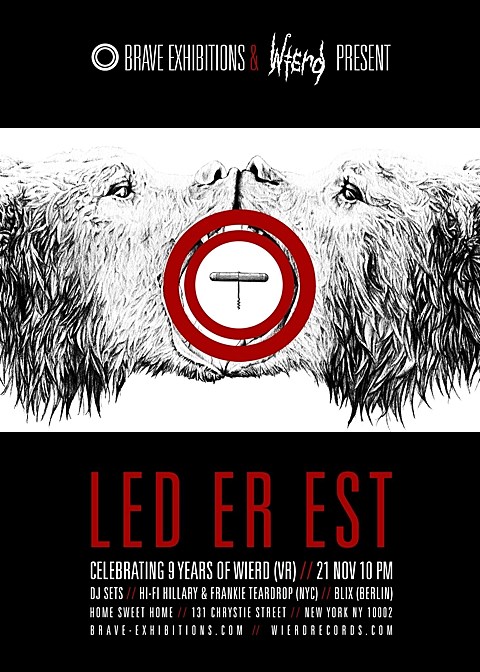