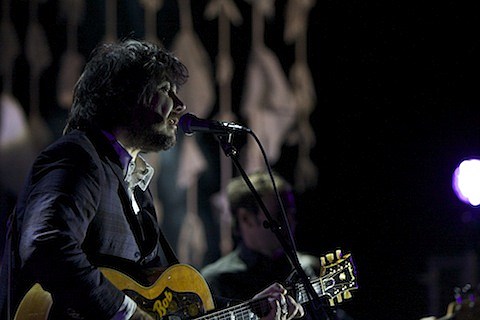 "Levon was the glue, not just in The Band, but in all of what people think of when they think of North American music. He was a great unifier; a great glue. He unified blues and country, rural and city, and even North and South. Luckily he showed us all the way to keep it together and let it swing."- Jeff Tweedy

Wilco, missing Levon like the rest of us, have announced even more tour dates including two Celebrate Brooklyn shows at the Prospect Park Bandshell which happen right between the previously announced Camden and Rhode Island shows. The Brooklyn dates and openers are July 23 with Lee Fields & The Expressions and July 24 with Lee Ranaldo Band (of Sonic Youth). Tickets will go on pre-sale on May 2nd at 10AM EDT and regular sale on Friday at 10AM EDT.

Lee Ranaldo Band are doing a other few dates on the Wilco tour too and touring with M.Ward (who they play a sold out Webster Hall with). M. Ward also plays Prospect Park this summer, but with Yo La Tengo.

All tour dates for Lee Fields, Lee Ranaldo and Wilco are below, along with a recent video of Ranaldo interviewed/performing at his record release.