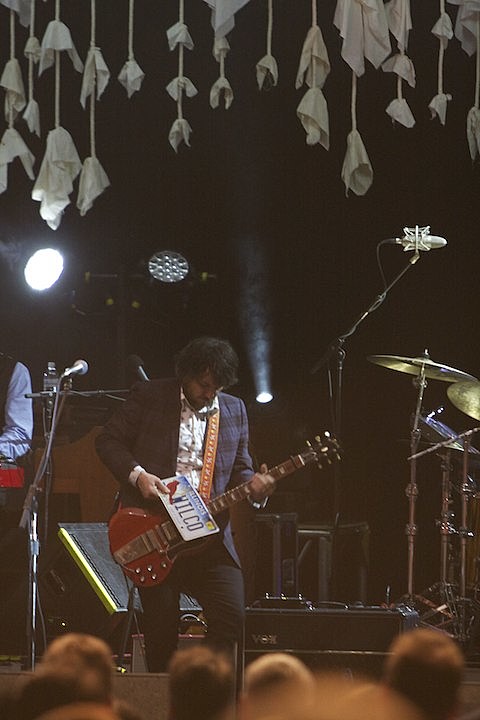 Wilco dates have been popping up here and there, but are now part of a fully announced tour that happens in May, June, July and August.

East Coast shows currently start on July 21st when Wilco join The Avett Brothers, Dr. Dog for a Philadelphia-area show that is part of the three-day 2012 XPoNential Music Festival in Camden, sort of...

The XPoNential Music Festival presented by Subaru, now in its 8th year at Wiggins Park on the Camden Waterfront, regularly features an eclectic lineup of established stars and emerging artists on two stages over three days. This year, we're excited to expand our festival grounds into the Susquehanna Bank Center as part of the festival on Saturday, July 21 for all of our 3-Day Pass holders. Every 3-Day Pass to the XPoNential Music Festival presented by Subaru includes one lawn seat admission to the Wilco/The Avett Brothers/Dr. Dog show on Saturday, July 21 at Susquehanna Bank Center.

Wilco then don't have anything scheduled for a few days (for now?) and then hit the Newport Folk Festival which they were recently added to, sort of. The Rhode Island Wilco show is a Friday night show with Blitzen Trapper & Megafaun while the rest of the festival takes place on Saturday and Sunday. The Wilco show goes on sale Friday at 11am.

Wilco also currently have shows scheduled in Cooperstown, Hartford, Rochester, and everywhere listed, but not NYC (yet?), below...