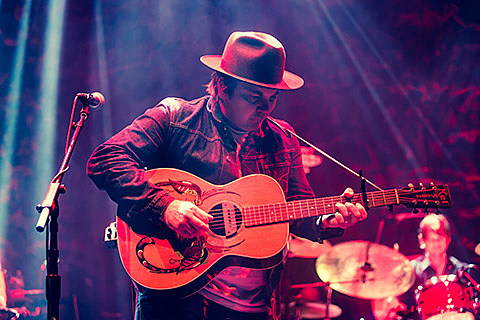 We are canceling our May 7 show at the Murat in Indianapolis. The "Indiana Religious Freedom Restoration Act" feels like thinly disguised legal discrimination to us. Hope to get back to the Hoosier State someday soon, when this odious measure is repealed. Refunds available at point of purchase.

Indiana Governor Mike Pence says the bill -- which could make it legal for businesses to turn away LGBT customers for religious reasons -- "isn't about discrimination," but not everyone's buying it.