The Decemberists on 'Parks & Rec' 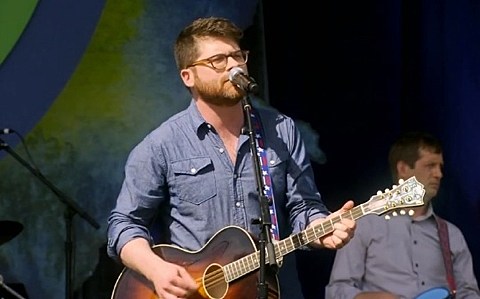 The 6th season finale of Parks and Recreation aired last night, and as was announced, the episode featured appearances from The Decemberists, Ginuwine, Letters to Cleo, Yo La Tengo and Wilco's Jeff Tweedy.

The musicians were on the show to play the Pawnee/Eagleton Unity Concert. The Decemberists, Ginuwine, and Letters to Cleo performed as themselves, while Yo La Tengo were performing as fictional band Bobby Knight Ranger, and Jeff Tweedy (as we learned in the last episode) was fronting a reunion set from fictional band Land Ho!. Without giving away too many spoilers, there were some surprise Pawnee locals performing too.