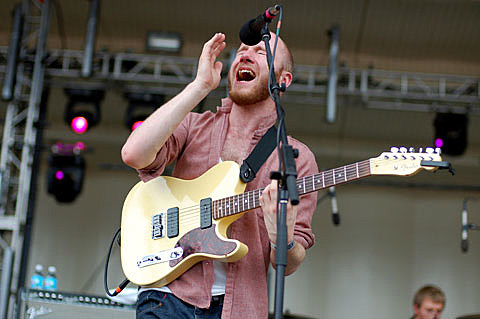 Just like the August bounty of tomatoes, corn and zucchini that can be currently found at your local farmer's market, we looking at five extremely fertile days of live music, much of it free. Take advantage now -- this crop is extremely perishable.

Wild Beasts are stopping in NYC tonight on their way back from Lollapalooza, playing Highline Ballroom. Their second album, Two Dancers, was my favorite album of 2009 and a year later I'm still listening to it. It's up for this year's Mercury Music Prize and if anybody is going to beat The xx it'll be Two Dancers. If you missed their shows last September, or their appearances here in February , don't miss them this time. Tickets are still available. The fluid interplay between the band is something to behold -- a real case of four people working as one mesmerizing whole. And those who still haven't gotten used to their vocal style, I say go see them live and everything makes more sense.

Domino Records is offering a free downloadable four-song EP featuring "We've Still Got the Taste Dancing on Our Tongues" in original and remixed form, a track previously only available as a Japanese b-side and an acoustic version of "The Devil's Crayon." The download widget is at the bottom of this post and expires August 14 so get on that. And do go see them live tonight if you can. Denmark's The Kissaway Trail and UK artist Lone Wolf are also on the bill. 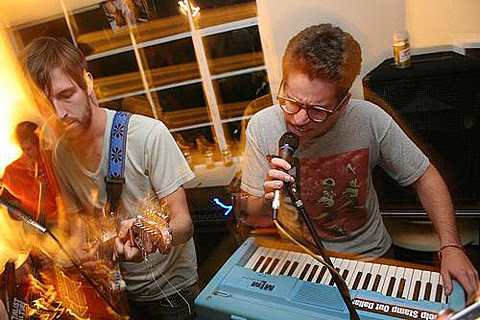 It's been a year since Denton, TX's Fergus & Geronimo were last in town, and while they haven't released anything new since last summer's initial flurry of singles, that should change soon. The band have signed with Sub Pop subsidiary Hardly Art who will hopefully be putting out a record sooner than later. In the meantime, UK label Transparent (who put out "Tell it in My Ear" last year) have offered up a new F&G track "Girls with English Accents" that you can download at the top of this post. Maybe a little more dreamy/folky and less soul-tinged than their previous output, it's still another winner from this excellent four-piece.

I saw them at 92-Y Tribeca last summer and thought they were terrific. Fergus & Geronimo play Cake-Shop tonight (8/11) with Radical Dads and Little Gold. They then play Saturday (8/14) at Don Pedro's with Liquor Store, Home Blitz, Moonmen on the Moon, Man, and Nashville's Pujol. That sounds like a party. 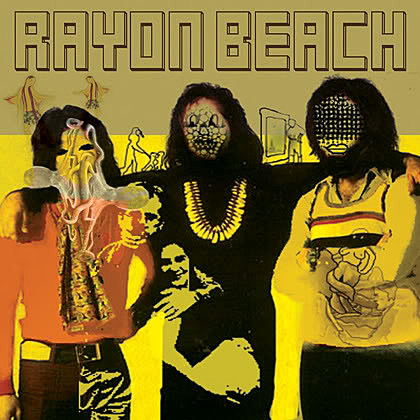 Also here from Texas this weekend are Austin's Rayon Beach who play Bruar Falls on Saturday (8/14) and Death by Audio on Sunday (8/15). Like a lot of the bands on Hozac Records (or bands from Austin for that matter), this trio fit under the psych/garage umbrella but there's a decided Brit bent to their music. Baroque garage, is that a thing? Think Syd-era Pink Floyd or The Pretty Things more than Woven Bones. Make no mistake -- Rayon Beach can and do get plenty loud. It's just sometimes with pinkies extended. Check out Memory Teeth's title track at the top of this post.

The Bruar falls show is with Girls at Dawn and Xray Eyeballs; the Death by Audio show also features The Beets and Andrew Graham & Swarming Branch. 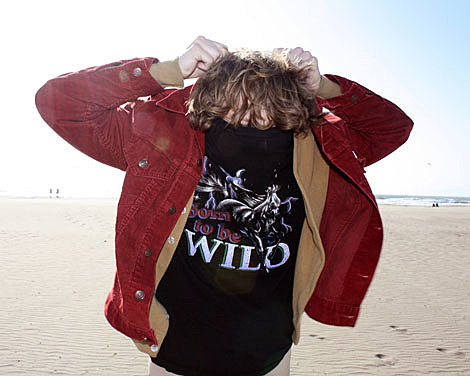 We're just getting started. Ty Segall and The Royal Baths are here from San Francisco, playing Cake Shop on Thursday (8/12) and Death by Audio on Friday (8/13). For my money, it doesn't get much better in the new garage scene than this guy, who has been cranking out records over the last two years. Amazingly, they're pretty much all good, and each record goes somewhere new. The latest, Melted, just out on Goner Records, adds some nice '60s paisley pop touches. You can download two tracks from it at the top of this post. And he's great live.

The Royal Baths, meanwhile, are sort of the flip side to Ty's sunshine pop. I wrote before that they're "kind of bad trip acid rock, dark and seedy but not atonal. But it's definitely down the rabbit hole. In a good way." Royal Baths debut LP is due out on Woodsist in September and you can check out album track "Nikki Don't" at the top of this post. 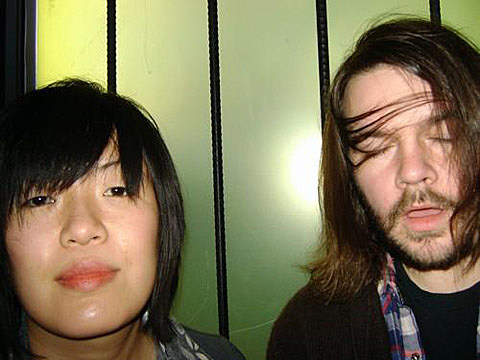 Still more. Roanoke, VA's Eternal Summers are back -- they were last here for the Northside Festival -- for two shows: Thursday (8/12) at new Williamsburg venue The Pyramids and then Friday night (8/13) at Cake Shop. The band have signed with Kanine records who will put out their first full-length, Silver, in September. You can check out the album's first single, "Pogo," in the popular MP3 format at the top of this post. If you dig C-86 inspired pop like Brilliant Colors or Liechtenstein, you should definitely seek this duo out. Absolutely worth seeing live and nice folks too. 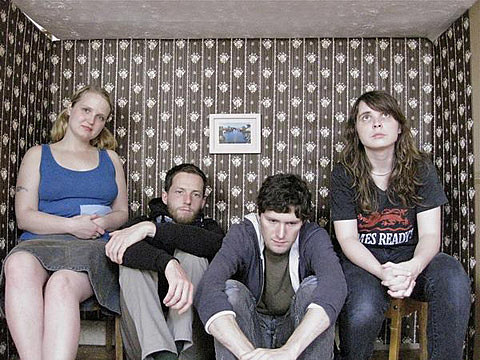 Dog Day are actually here playing two shows. They play Thursday (8/12) at Bruar Falls in addition to the Cake Shop show on Friday. It's been a while since Halifax's mid-90s indie explosion that gave us Sloan and Thrush Hermit, but Dog Day are helping put the coastal city back on the map. Led by husband-and-wife team of Seth Smith and Nancy Ulrich, the quartet make moody, melodic indie rock that is not too dissimilar from The Figurines or The Comas. Last year's Concentration was one of 2009's lost gems. There's two songs to download at the top of this post and I highly suggest you do. You might find yourself saying "why haven't I heard these guys before?" Normally a quartet, for these NYC shows Dog Day will just be a duo of Smith/Ulrich and they'll be testing out new songs for their upcoming album. 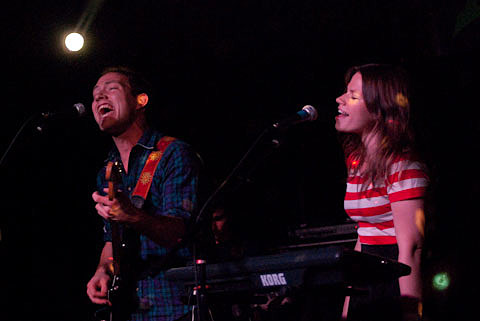 And last but not least, Friday is the last Seaport Music Festival show of the season but they are really going out with a bang with The Wedding Present and Savoir Adore. I'm told we're getting a full 90-minute set from the Weddoes pretty close to what they played at Bowery Ballroom back in April: a career-spanning "hits" set and then they'll play 1989's Bizarro in full.

I saw the Bowery Bizzaro show and it was fantastic, especially the stuff from Side Two of the LP, the long, jangle-on-speed workouts of "Bewitched" and "Take Me!" David Gedge may be 50 but he can still tear into his guitar like Thatcher was still in office. There's video of "Take Me" from Bowery at the bottom of this post. The hits set was peppered with a few new songs too, which I thought were pretty good.

Savoir Adore, one of my favorite new NYC bands of the last few years, are always good live. If you have yet to check out their self-titled debut from last year, you definitely should.

As if this wasn't enough, here are a few more picks by day that weren't already covered above:

Two of the best new bands of the last year -- Twin Sister and Oberhofer -- play Mercury Lounge with Ontario's MemoryHouse. Twin Sister and Memory House also play together on Thursday (8/12) at Monster Island Basement, the start of a two-week tour together. All dates at the bottom of this post.

At Coco 66 it's another installment of Show Off Your Sugar which pairs one band and one author to benefit 826NYC, a non-profit writing center for New York City students. Rock critic Chuck Klosterman reads and Here We Go Magic will rock. 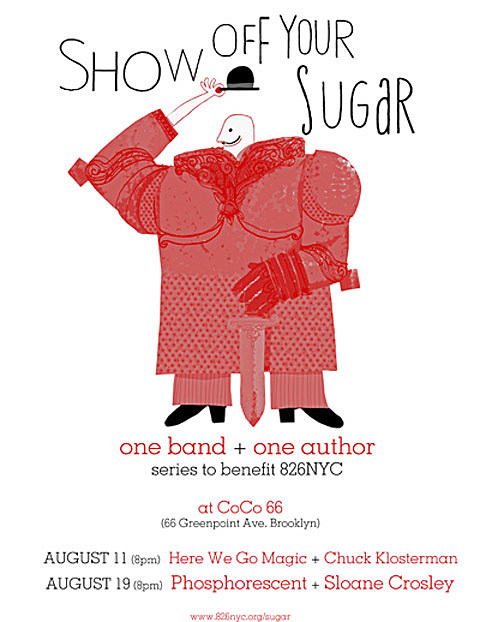 Show of the night is probably Deerhunter and Real Estate who play the free River Rocks on Pier 54. Deerhunter's new LP, Halcyon Digest is certainly one of the fall's most anticipated releases and if the downloadable "Revival" single is any indication, Bradford Cox's hit streak is gonna continue. Bradford DJ's later that night at Glasslands where there's a live performance from The Big Sleep.

It's always heartening when bands come back after a very prolonged break and are just as good their initial run, or even better. Last time that happened (I think) was with The Go-Betweens' Friends of Rachel Worth. And here's Versus, a band whose reformation you couldn't really say the world was clamoring for, back after 15 years and damn if their new album, On the Ones and Threes, isn't fantastic. They celebrate the LP's release with an intimate show at The Rock Shop that also features their former TeenBeat labelmates True Love Always, plus local indie pop band Boy Genius. You can listen to the whole album over at Merge's website.

White Rabbits and Hospitality play the East River Park Bandshell where bassist Brian Betancourt will pull double duty -- he plays in both bands. With no other tour dates on their schedule, maybe White Rabbits will finally give Hospitality their bassist back long enough to record a record.

Check out the spooky, ambient sounds of How to Dress Well at Glasslands. This Brooklyn/German outfit (ok, one guy) has been getting a lot of attention from the Altered Zones folks. You can download an MP3 at the top of this post and then go see what all the fuss is about -- they play with The Golden Filter, Glasser, and SOARS.

Frankie Rose & the Outs, MINKS and Total Slacker play the Jelly Rock Yard in the afternoon. Frankie's debut -- due out on Slumberland September 21 -- is really good.

Okay...that's all I got. Tour dates, flyers and videos below... 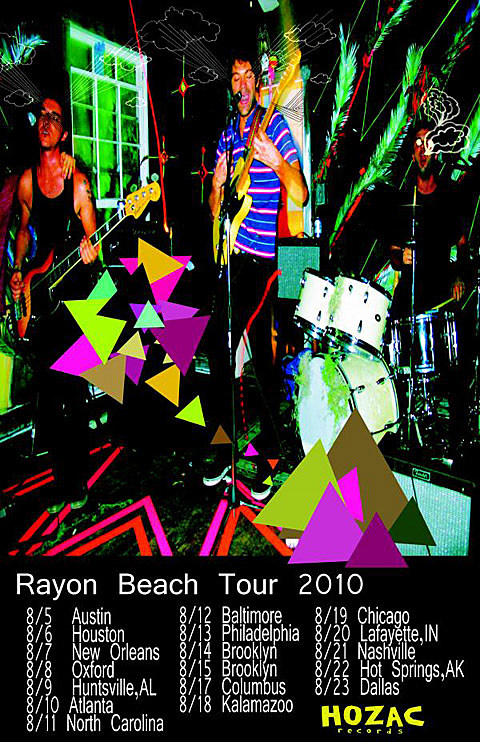