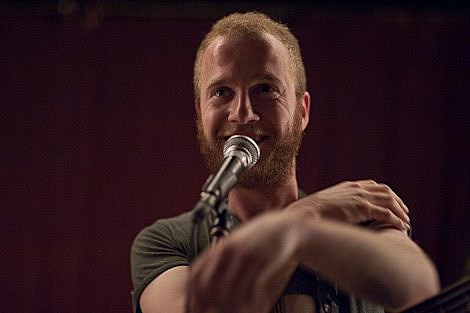 Of all the things going on this week -- and there is no shortage of options as usual -- my number one pick would be for you to see Wild Beasts, who are on tour and play Bowery Ballroom on Friday (2/26, sold out) and Music Hall of Williamsburg on Sunday (2/28) Tickets still available for the Brooklyn show and we have a pair to giveaway. Details at the bottom of this post.

Their second album, Two Dancers, was my favorite album of 2009 and I still hear some new and amazing little detail every time I listen to it. I went to all three of their New York shows last September, all of which were great. The fluid interplay between the band is something to behold -- a real case of four people working as one mesmerizing whole. And those who still haven't gotten used to their vocal style, I say go see them live and everything makes more sense. Wild Beasts are one of a kind, at the top of their game, and you're dumb to miss them.

Both shows feature Toronto's Still Life Still as openers, and Violens will also play the MHoW show. Both openers also head to SXSW in March. 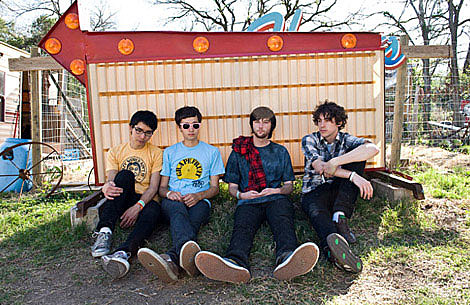 The other undeniable show this weekend is Saturday (2/27) at Market Hotel with a line-up that almost dares you not to go: Surfer Blood, Turbo Fruits, Beach Fossils, Grooms and Morning Benders. All bands I've written about in this weekly column more than once. Now most of these bands -- including out-of-towners Surfer Blood and Turbo Fruits -- play here enough that most people have seen them already. Except Morning Benders, recent transplants from San Francisco who have kind of blown up over the last two weeks thanks in part to a great new album, Big Echo (out March 9 on Rough Trade), as well as a killer live performance video (shot for Yours Truly) of the LP's lead track, "Excuses," that's been making the rounds. The version on the album is already pretty lovely, but here, done Phil Spector style with the Big Echo Orchestra (John Vanderslice and Christopher Owens of Girls among them) is pretty special. You can watch it at the bottom of this post, and download the MP3 of "Excuses" from The Morning Benders website for the mere price of your email address. The MP3 for "Promises" is above. Anyway, see them now before the album comes out and they no longer play places like Market Hotel.

... or the Housing Works Bookstore where they'll play tonight (2/25) with the garagey Shark? and twinkly folkies Cuddle Magic. Max Silvestri hosts. Presented by the Hype Machine, it's also a CD swap where you can take all those CDs you've ripped and trade them for others you don't have yet. Admission is $5 and at least one CD. Do bring something someone people would want to listen to, and not that CD of your cousin's ska band, OK?

The Morning Benders also play Mercury Lounge on April 22 (tickets still on sale). All tour dates for the band are at the bottom of this post.
---

Toro Y Moi is playing Cameo Gallery but surprise surprise: Best New Music + 75 person capacity = sold out show. There will be some tickets ($5) available when doors open at 8PM. Twin Sister are also on the bill so if you already have tickets for this, show up early and see them -- they're great. If you don't make it in, Toro Y Moi rolls back through town on March 26 where he'll play Brooklyn Bowl with New Zealand's Ruby Suns. He'll be at SXSW too. All tour dates for him are at the bottom of this post. 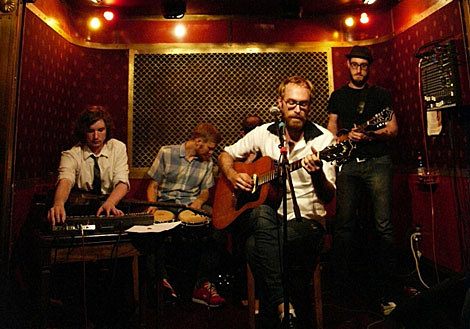 Patrick Bower and The World Without Magic are likely to play tunes from their new EP, The Dark Lord (of Love), at Bruar Falls. You can download the Scott Walker-esque title track at the top of this post. It's pretty different than the more beardy folk of his solo work. I dig it. The show's free and also features country-ish Beau Jennings & The Holy Tulsa Thunder and the delicate orch-folk of Balene.

North Highlands, Dream Diary and Knight School are at Death by Audio. Now is the time to catch North Highlands, who were excellent at Bruar Falls last week and I think will be taking things to the "next level" (whatever that means) soon. Dream Diary are getting really good too, especially if you like Pastels-style indiepop, and Knight School are NYC's nerdiest, funniest, catchiest, tinniest band.

And at the Bell House there's laptop shoegaze maestro Ulrich Schnauss who made one of my favorite records of the '00s, A Strangely Isolated Place, and apparently had a hand in recently coaxing Chapterhouse out of retirement. It's actually a pretty cool night if you're into dreamy soundscapes. Also on the bill is Mark Van Hoen who was a founding member of awesome '90s band Seefeel (seek out 1993's Quique) and who's made music under the name Locust since the mid-'90s. Local dreamweavers Luxa open the night.

If you weren't able to squeeze into Cameo on Thursday, Twin Sister play the equally tiny Matchless. As I said recently, they're probably the best new band I've seen in some time. I will say I'm predisposed to like their mix of Stereolab and Sade, but I was wowed when I saw them at Bruar Falls. 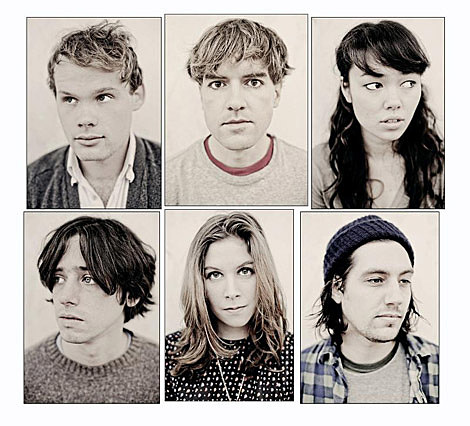 A Sunny Day in Glasgow are back in NYC, playing  Mercury Lounge (tickets). They've got a new EP, Nitetime Rainbows, coming out next week that shows off their more experimental, soundscape-y side. Which side will we get Friday? This is the start of a lengthy tour which of course includes SXSW. Acrylics, who I love, are also playing the Mercury Lounge show.

Another chance to see Knight School, this time early on at Bruar Falls with awesomely loud (yet poppy) duo Sisters, sonic manipulator Noveller and the psych punk assault of Lame Drivers. After this show, Sisters hit the road with another Brooklyn duo, Coasting, for the tour heading to SXSW and then join up with Irish band So Cow after the fest. Tour dates are below.

Hospitality haven't played live in at least six months, due mainly to their bass player's duties in White Rabbits. He won't be at Bruar Falls on Saturday so we'll be seeing a slightly different line-up of the band but I'm glad to have them back. Singer Amber Papini is quite the charming singer. They're opening for Swedish duo Wildbirds & Peacedrums -- who are also playing an early show at Mercury Lounge on Friday.

Another local band that hasn't played in ages: The Hundred in the Hands, whose song "Dressed in Dresden" I listened to a lot last summer. It's the only song on their Myspace, apart from about 10 different remixes. It's a good track, but I'm curious to see how many other songs they have. With Glasslands doors at 11 and two other bands on the bill (Ra Ra Rasputin, Esque) it'll be a late night.

That's it for this week. Videos, Wild Beasts contest, and tour dates are after the jump. 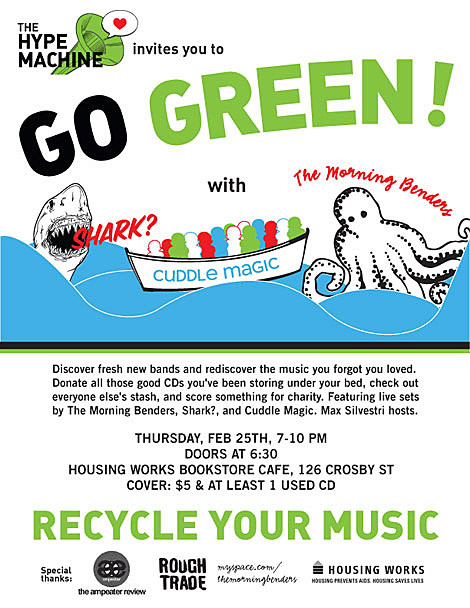 Wild Beasts - We Still Got the Taste Dancin' on Our Tongues

---
TO WIN A PAIR OF TICKETS TO WILD BEASTS @ MUSIC HALL OF WILLIAMSBURG: email BVCONTESTS@HOTMAIL.COM (subject: Wild Beasts). Include your first and last name in the email. One winner will be picked randomly and contacted ASAP with instructions. good luck!