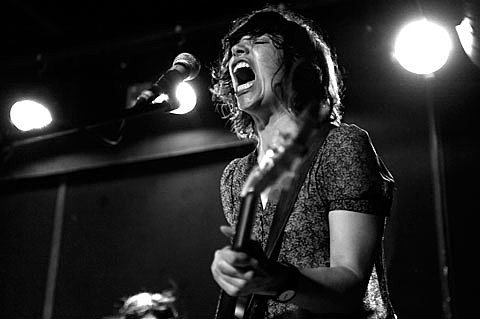 "For Sleater-Kinney superfans, Wild Flag sounds like a bluesier, more psychedelic endeavor: the songs are rooted in pop and punk structures, but are warped and spaced out at times, with distorted riffs that meander and melt their way through patches of loud improvisation. Though the four all share vocal harmonies, with Timony frequently taking lead guitar and vocals, Brownstein is the clear bandleader, hunching over her guitar and burning through bluesy solos, which, at times [in Boston], brought her whole body to the floor." [Boston Phoenix]

Wild Flag played the first of two shows with Bright Eyes and Superchunk at Radio City Music Hall last night (3/8). They do it again with the same lineup tonight (3/9).

Wild Flag played their second of two shows at Rock Shop on 3/5, just a few hours after delivering their first blistering set that photogapher Amanda Hatfield described as "SO GOOD. Damn." Jessica Amaya took the reins thereafter. Her pictures from the late Brooklyn show, which also featured support from Yellow Fever, are in this post. They include a shot of the setlist which omits the two-song encore - a cover of the Rolling Stones' "Beast of Burden" and a cover of Patti Smith's "Ask The Angel". Videos of both of those songs and more pictures from the late show at Rock Shop are below (Radio City pictures are coming later)... 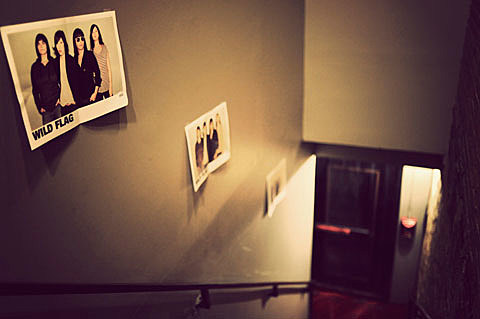 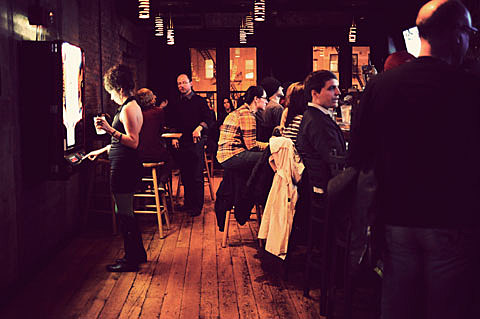 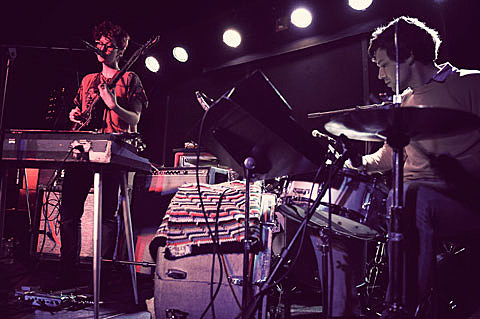 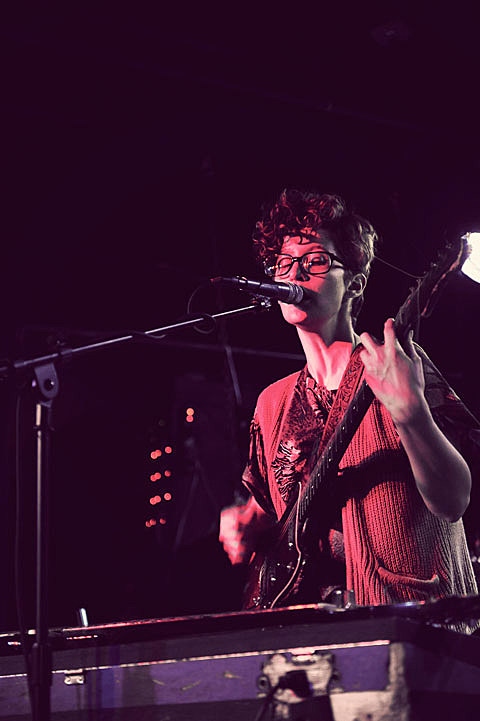 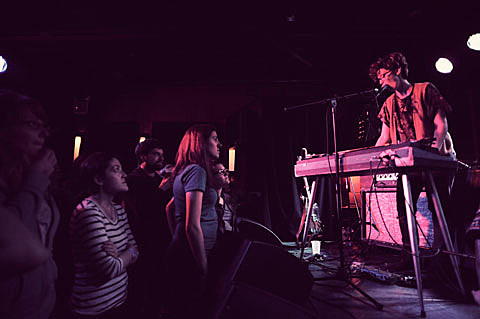 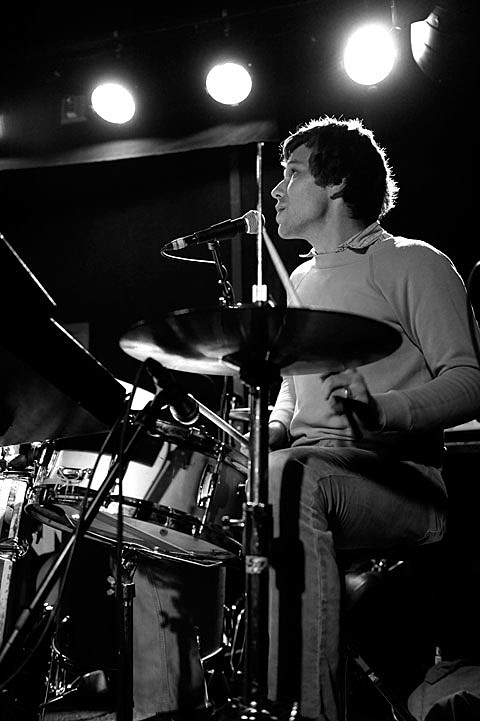 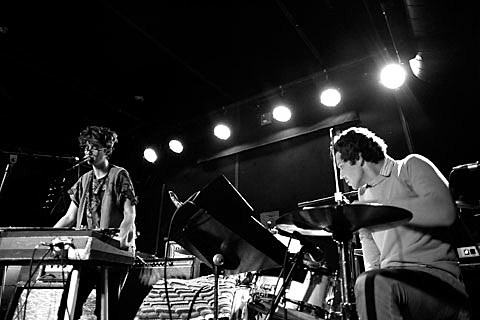 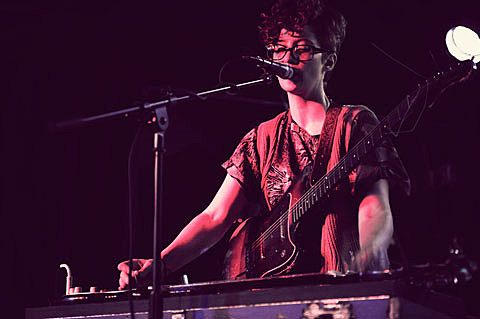 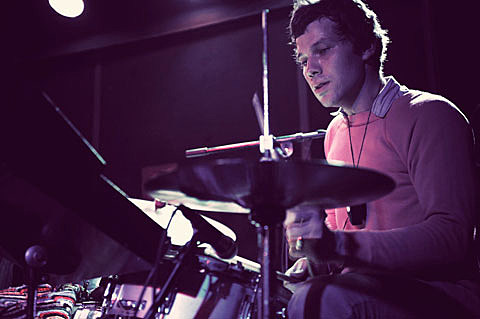 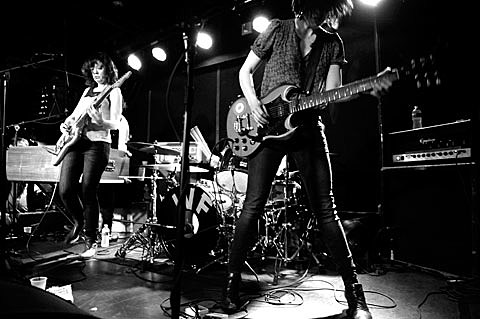 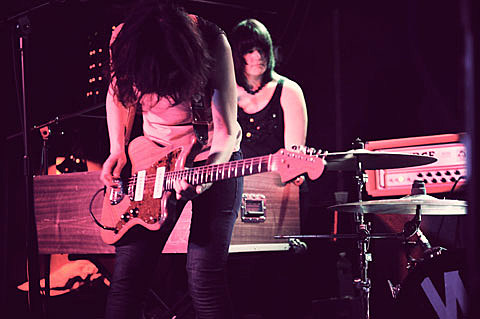 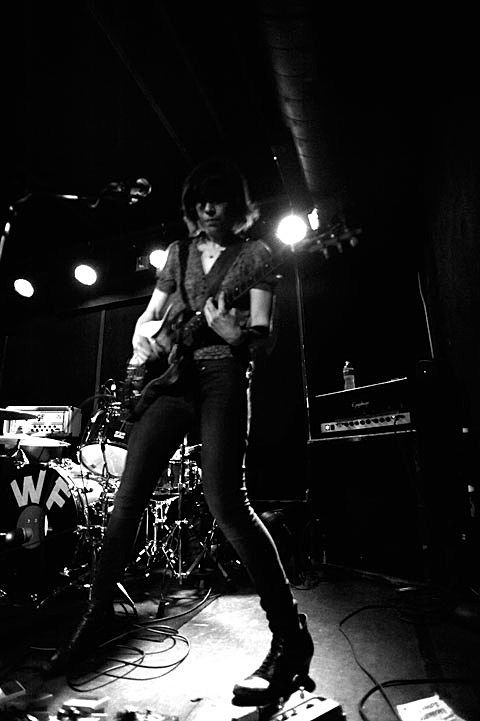 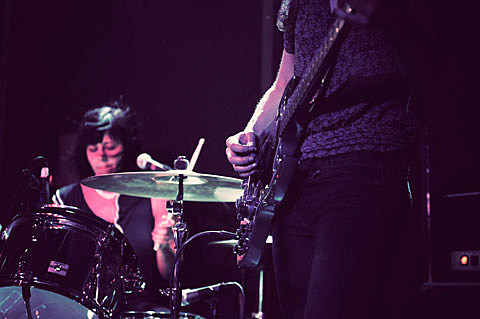 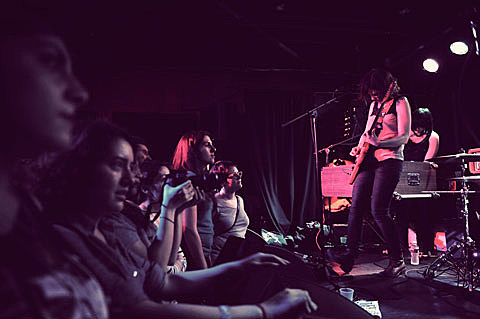 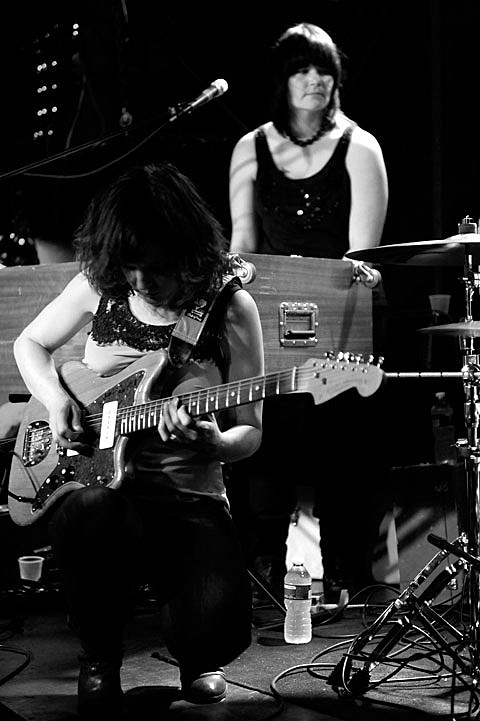 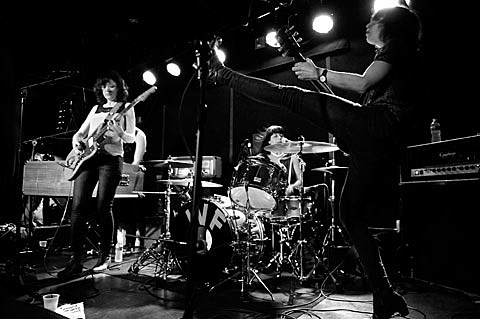 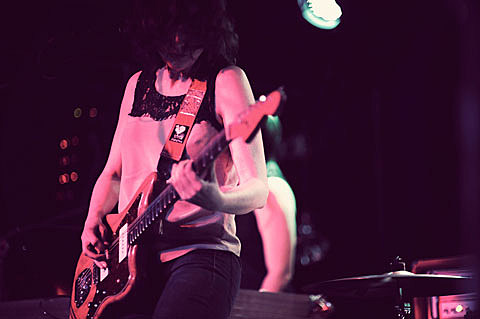 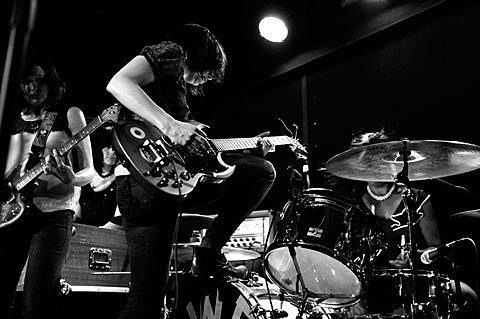 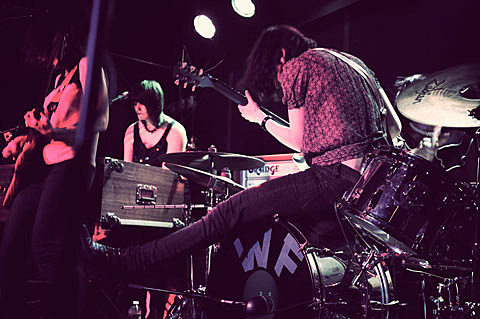 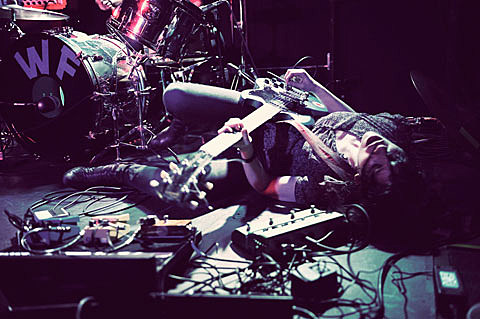 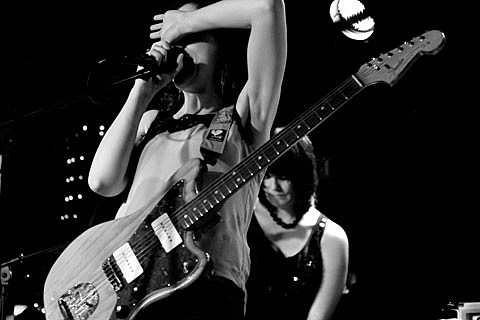 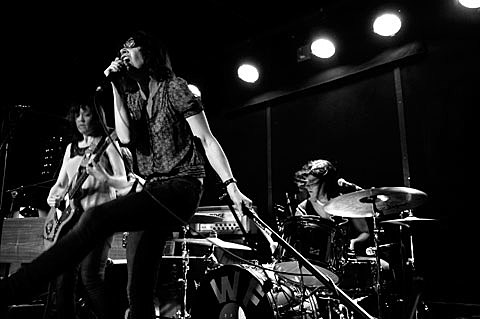 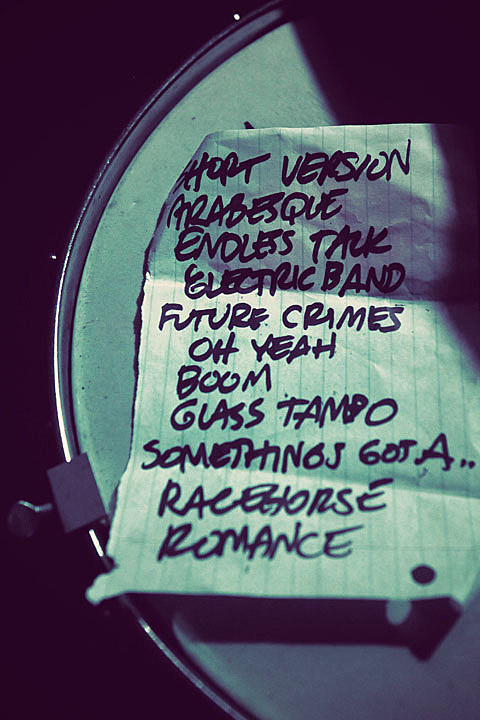