Wild Nothing the band 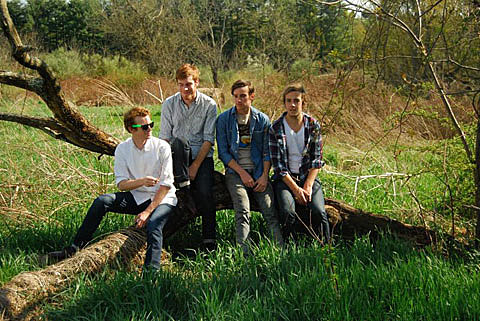 Wild Nothing (as previously highlighted HERE, HERE and HERE) (the solo project of Jack Tatum that has since expanded into a full band - see above) released their/his debut full-length, Gemini, on Captured Tracks today (5/25 - also Beach Fossils' release day). Grab an MP3 from the album above. The full tracklist, with the video for the same song, is below.

The Depreciation Guild also just released a new album and that's who you can catch Wild Nothing opening for TONIGHT (5/25) at Knitting Factory in Brooklyn. The great triple-bill also gets you a set by Montreal's Braids.

In June Wild Nothing plays some dates with Neon Indian including the gig at Music Hall of Williamsburg (tickets). Jack Tatum then hits the road for another handful of dates with the Depreciation Guild. All shows listed below...