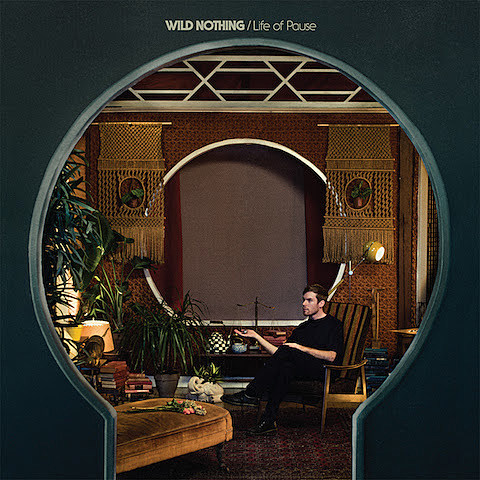 Wild Nothing will soon be back with their third album, Life of Pause, which will be released February 19 via Captured Tracks. That's the album art above and tracklist is below. It's been a while -- nearly three years since Wild Nothing's last release, the Empty Estate EP -- and main man Jack Tatum made this one in Los Angeles with producer Thom Monahan (Vetiver, Pernice Brothers, Devendra Banhart), with sessions in Sweden with Peter Bjorn and John's John Ericsson as well. Medicine's Brad Laner also contributes to the LP. Says Tatum:

I desperately wanted for this to be the kind of record that would displace me. I'm terrified by the idea of being any one thing, or being of any one genre. And whether or not I accomplish that, I know that my only hope of getting there is to constantly reinvent. That reinvention doesn't need to be drastic, but every new record has to have it's own identity, and it has to have a separate set of goals from what came before.

You can listen to two tracks off the album -- "To Know You" and "TV Queen" -- which definitely don't sound like what Wild Nothing have done before. "To Know You," especially, which is maybe the toughest sounding song we've heard them do yet. Mind you, that is a relative term in Wild Nothing's case, but the guitars and rhythm section have a forceful drive (and a verse melody that cribs from Talk Talk). "TV Queen," meanwhile, is armed with a big pop chorus. Both are instant downloads when you preorder the album and you can stream them both via an interconnected video below.

You may have heard new songs last night when Wild Nothing played Baby's All Right with Alex G. Anybody go to that sold-out show?