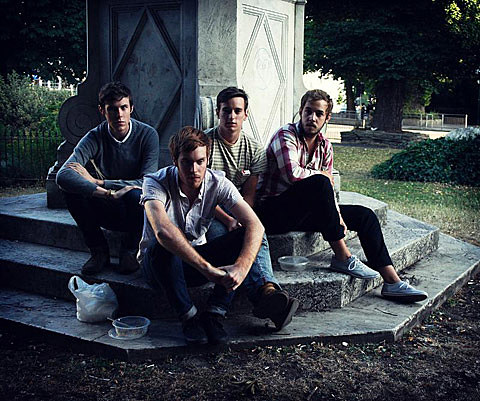 It's another Double Issue sized column this week with a lot of exciting stuff this week. We'll start with a contest. Wild Nothing headline an all-Captured Tracks bill at Bowery Ballroom on Saturday night (8/28) with Cosmetics, MINKS, and Blank Dogs...and we're giving away a pair of tickets to the show. Just send an email to BVCONTESTS@HOTMAIL.COM with the subject line "Wild Nothing" and we'll pick a winner at random.

There's a lot going on in Wild Nothing's world. The band, who hail from Blacksburg, VA, are packing their bags and moving Brooklyn. Not really surprising, except that it took this long. They also have a new EP, Golden Haze, coming out on Captured Tracks sometime in the near future. Apart from the title cut (which you can download above), tracklistings on the CD, 12" and digital versions will vary, which reminds me of the way they used to release multiple versions of UK CD singles in the '90s to get a higher chart position. Fun with formats, or milking the fans? I guess if all the songs are worth hearing it won't matter.

No matter which one you buy, "Golden Haze" is another sparkler from these guys who have been playing a lot of new songs at their shows. And if you haven't picked up their debut Gemini yet, I think it's one of the year's best. And with a permanent line-up (and a new, really solid drummer), Wild Nothing have been a really good live band too.

P.S. Captured Tracks will be giving out free mixtapes at the Bowery Ballroom merch table 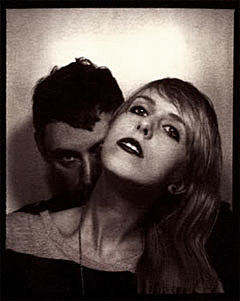 Also on that Bowery bill are Vancouver synthpop duo Cosmetics who are playing a string of NYC shows in this week: tonight (8/25) at the Wierd party at Home Sweet Home, then the Bowery show on Saturday, and finally at Glasslands for Pendu Disco on Tuesday (8/31) with Cult of Youth and Seattle's King Dude. Cosmetics only have two singles out at the moment, though both are pretty good shavings of retro-futuristic minimal disco. (Not too far off from what Glass Candy does.) You can download the A-side of their current single, "Sleepwalking," at the top of this post. 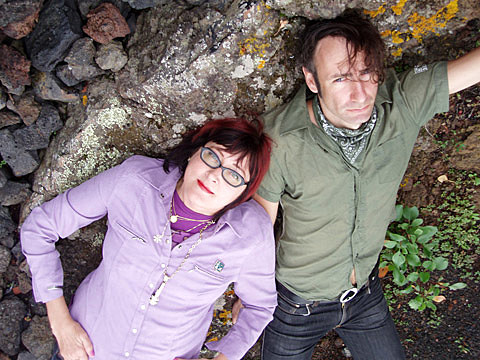 If you want more minimal beats but with an angular, more arty bent, Stereo Total are playing tonight (8/25) at Le Poisson Rouge. The veteran French-German duo have been supercolliding styles for nearly 20 years. Krautrock, chanson, new wave, punk, garage...Stereo Total make it their own. They were the first band I ever saw at Bowery Ballroom, sometime in 1998, and I still remember a medley they did that featured covers of Salt n' Peppa's "Push it" and Hot Butter's "Popcorn." That's sort of Stereo Total in a nutshell. Their eighth album, Baby Ouh!, is a lot of fun. Check out the album's title track at the top of this post.  The band are just getting started on their North American tour, and all dates are at the bottom of this post. 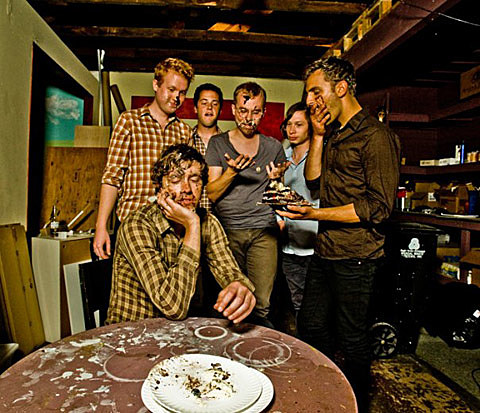 If you're going to see Tennis at Glasslands on Thursday, make sure you get there in time to see San Francisco's Magic Bullets. The band's debut album, just out on Mon Amie Records, recalls the early '80s days of Orange Juice, Aztec Camera, Haircut 100 and The Style Council, with a little C-86 in there as well. (That's basically the formula to get me to come see your band. Well, one of them.) In addition to drawing from a bunch of influences dear to me, they write some fantastically catchy songs. Download one of them, "Lying Around," at the top of this post.

If you can't make the Glasslands show, Magic Bullets are also doing an in-store at Permanent Records in Greenpoint on Friday (8/27) afternoon and then play Pianos Saturday night with Blood Orange (aka Dev Hynes aka Lightspeed Champion) and Staunton, VA's Cinnamon Band. 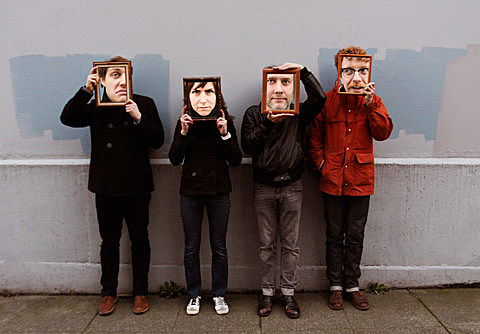 Still more! Seattle's Unnatural Helpers released one of my favorite songs of Summer 2010, the addiction-loving "Sunshine/Pretty Girls," which can be found on the band's Hardly Art debut, Cracked Love and Other Drugs. It can also be found at the top of this post in MP3 form. Download it right now. If there's nothing else quite as glorious on the rest of the album, that makes the rest of it merely very good.  Frontman Dean Whitmore plays drums in The Intelligence (whose forthcoming new album is pretty fab) but where that band is making cerebral garage, Unnatural Helpers punkish driving force is man's other frontal lobe. If you know what I'm saying.

Unnatural Helpers are in the area for four shows. They play Bruar Falls Dead Herring (it moved from Bruar Falls) on Saturday (8/28) with Bare Wires (more on them in just a sec), Shea Stadium on Monday (8/30) with the Babies, Maxwell's on Wednesday, September 1st, and then Cake Shop on Thursday, September 2. The band are then going on tour with Mudhoney, and those dates are at the bottom of this post. 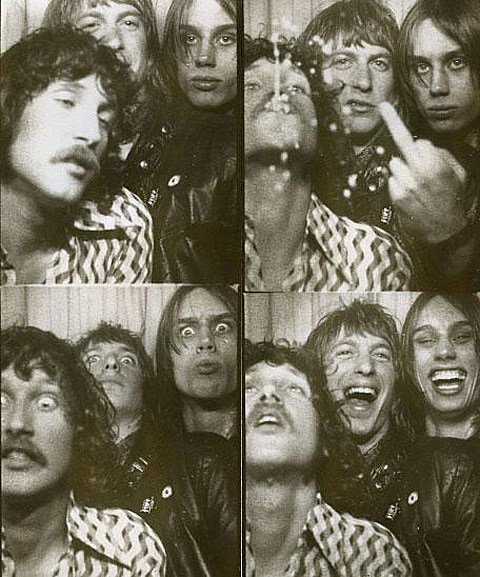 As mentioned above, the Saturday show at Bruar Falls Dead Herring is with Bare Wires whose new album (their second) just came out on John Dwyer's Castle Face Records, a label that only seems to spring to life when the Ohsees frontman finds a band he likes. (Previous Castle Face releases include debuts from Ty Segall and the Fresh & Onlys.) Though the two previous sentences might lead you to believe Bare Wires to be blown-out low-fi garage. They are in fact a really great power pop band in the tradition of The Nerves or even The Sweet,  and the album, Seeking Love, is decidedly mid-fi. Don't believe me? There's an MP3 of the album's title track up there amongst all the others. These guys know their way around a hook.

In addition to the Bruar Falls show on Sunday (a kind of don't miss in my book if you can tear yourself away from Mad Men and True Blood), Bare Wires also play Friday (8/27) at Monster Island Basement with Xray Eyeballs and Liquor Store.

And finally, Montreal's incredible Think About Life were supposed to play two shows/cruises on The Boat on Friday (8/27) but the concerts struck a metaphorical iceberg and sunk. (It got canceled.) Luckily, Think About Life abandoned ship and are now playing Santos Party House instead. I've said it a zillion times in the last year, TAL are one of my favorite live bands of the moment and they'll be one of yours too if you go see them. No matter how bad a mood you're in, you'll leave smiling. Don't be dumb...go to this show!

And a few more recommended shows not covered above.

Florida's awesome Jacuzzi Boys are playing Knitting Factory tonight for another of those Scion Garage shows, this time with Nobunny headlining. Free with RSVP. I'm not sure what it is about their sound -- the singer's voice, the more garagey Feelies-esque jangle -- but I just love them. Nobunny is fun too, of course, but I kind of wish he'd spring for a new bunny mask. It's getting really, really creepy.

Austin's TV Torso play Death By Audio tonight. Their new EP, Status Quo Vadis, is darkly romantic, atmospheric, and rockin'. It's also a free download via their bandcamp site. I dig it. Also playing: Juston Stens & Get the Real Gang, and Slow Animal.

Tennis play the first of their NYC shows at Cake Shop. 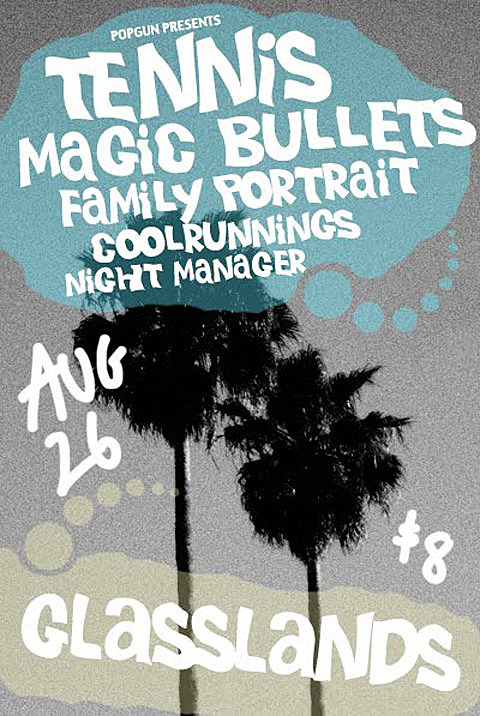 Relatively quite night. If you're not at Glasslands for Tennis, you might try around the corner at Death by Audio where Denton, TX's Tre Orsi headline. 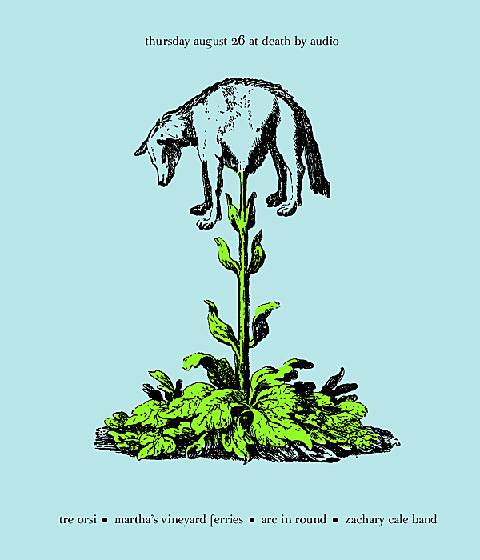 The Sundelles bring their sun-dappled pop to Glasslands tonight. The band just finished recording their debut LP which will be out in the near future, but you can get an early listen via the MP3 of "Gold" at the top of this post.  Also playing: Steel Phantoms, Chappo and Landlady.  new MP3
Elk City @ the Rock Shop 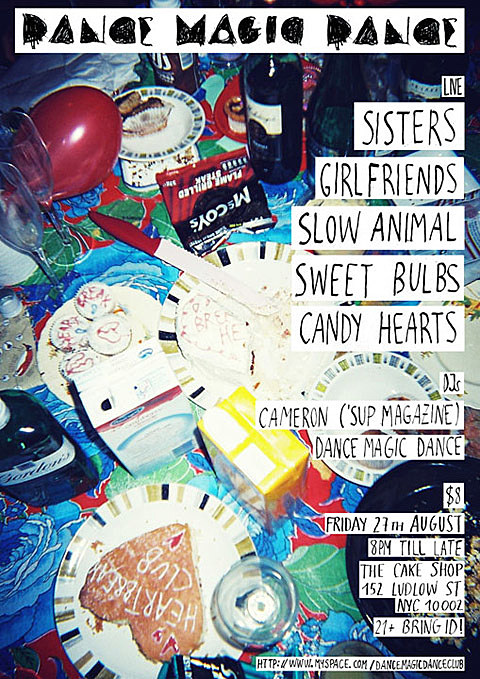 During the day you can visit the Jelly Rock Yard in Williamsburg where, unlike the Pool Parties, the vibe is chill and actually feels like a party. Plus the slip-n-slide. Dark and moody trio Zaza, who I love, would not be my first choice for a mid-afternoon outdoor show, headline and I'm sure will do just fine. Also playing: Motel Motel, Sport of Kings, and The Stationary Set. But you can just go and hang out too and have a good time. It's that kind of thing.

And if you like big butts and you cannot lie, maybe you should check out Big Freedia and House of Ladosha at Coco 66.

Ok, that's it for this week. Go see some live music. Tour dates, flyers, videos, etc after the jump. 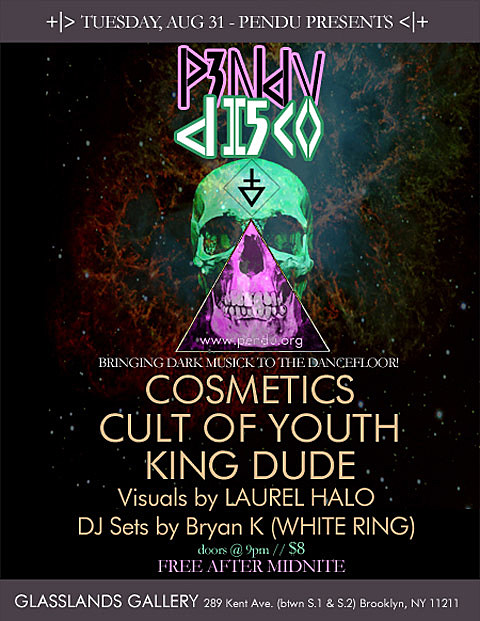 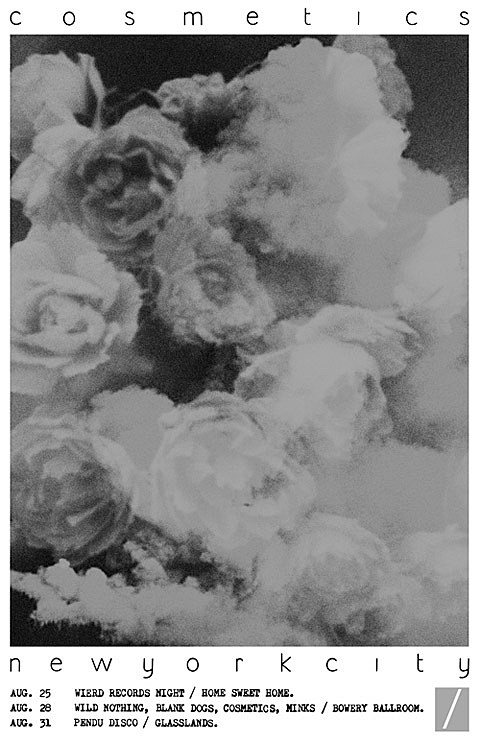 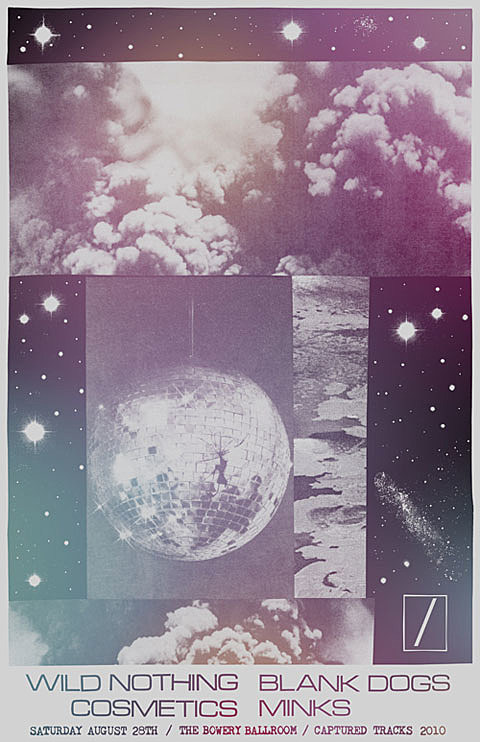 Unnatural Helpers - "She Was Your Girlfriend"