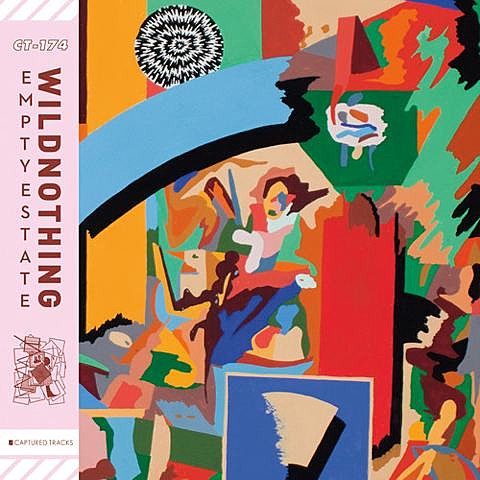 Wild Nothing have a new EP, Empty Estate, on the way, which will be out May 14 on Captured Tracks. That's the cover art above. Recorded in NYC back in January, the record is pretty different than anything Jack Tatum has done before, with a warbly postpunk/synthpop vibe, like what might have been released by Ze Records in 1979. Here's what Tatum says about it:

This is a record that happened very fast for me. We had just gotten back from a particularly long European tour last November, our first supporting Nocturne, and I was feeling a lot of things. I found myself struggling with what it meant to be a musician, with what music in general meant to me and what part I could possibly play in it. Playing the same songs every night for months left me bored with myself. But when I got home, for the first time in awhile it suddenly seemed that the pressure was off. We didn't have any tours planned for several months and I started to remember again why I love music in the first place. I listened to Brian Eno and David Bowie for weeks on end and felt like I was hearing them for the first time. I took a trip to Miami with my girlfriend. I visited my family. I felt free to try things musically that I would have stifled before. The songs on this EP were recorded over a 10 day period and are a reflection of this time. Of all the frustrations and successes and moments of peace in between.

The first single from Empty Estates is "A Dancing Shell" which you can stream and check out the animated video of below. Pre-orders are being taken for a deluxe version of the record that comes in some fancy packaging which you can check out below.

Look for Wild Nothing on tour later this year, including NYC shows at Governors Ball in June and opening for Father John Misty at Terminal 5 on July 24. Tickets for that T5 show go on AmEx presale on Wednesday (4/26) at noon with the regular on-sale happening Friday (4/26) at noon. All Wild Nothing tour dates are below. 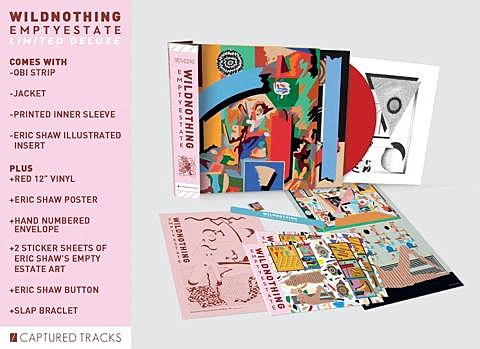