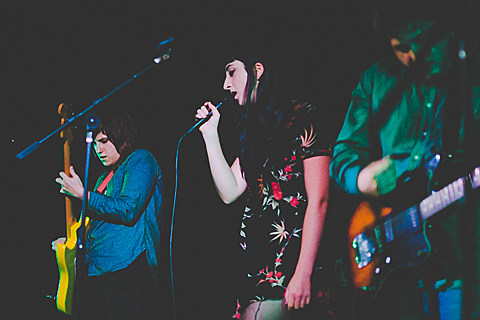 Baltimore shoegazers Wildhoney have made a video for "Seventeen" off their great new album Sleep Through It. The psychedelic clip, directed by Dulcey Rene, superimposes a bunch of found footage into one swirling miasma. Watch it via Impose, below. In other news, the band have announced they'll release an all-new EP this summer via Topshelf, so stay tuned for details on that.

Wildhoney have a week of dates with Whirr (who just played NYC this week) starting this weekend, and they'll be in New York for NYC Popfest in May. They're also planning a summer tour to coincide with the new EP, details still to come. All known tour dates are listed, along with the "Seventeen" video and album stream, below...