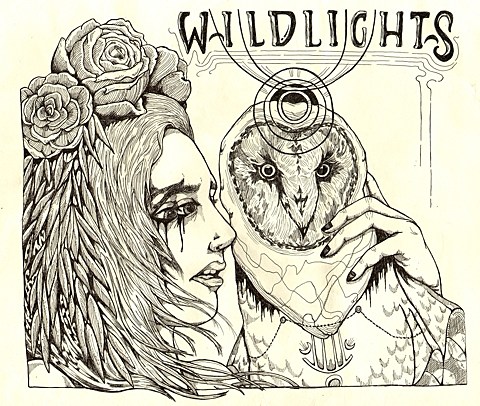 I've never been particularly wild about ASG. Their 2013 album Blood Drive was warmly received, but it didn't quite click with me. After listening to Wildlights, though, I'm considering giving them another go. This band is a collaboration between ASG frontman Jason Shi and Thunderlip drummer Johnny Collins. Wildlights mines a pretty similar heavy-blues-metalish-rock vein to ASG's, but their approach involves a bit more pep and a little less metal -- a tweak that works well with Shi's sunny vocal approach.

The band has just signed with Season of Mist (Kylesa, KEN mode) and released a demo track and a sample, which you can stream below. Keep an eye out for their debut some time in 2014.