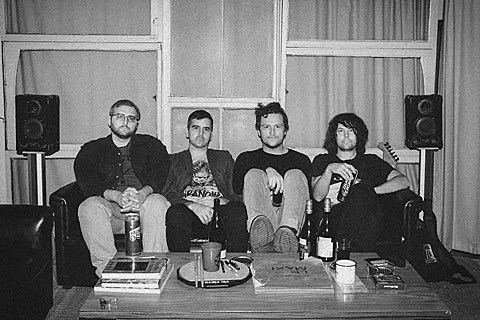 Wilful Boys are a crew of Australians living in NYC, making shouty, shriiingy punk rock. That's a style Australians seem especially good at and singer/drummer Steven Fisher's vocals don't so much drip with attitude as they are jet-propelled at your face. They released the "Anybody There?" single last month and are currently working on their debut album. A song from that, "Say It Again," is out now via a video that uses old school green screen technology to simple but effective (and funny) use. The video makes its premiere in this post and you can watch it below.

The band will be celebrating the release of the "Anybody There?" 7" on Tuesday (7/28) at Tender Trap in Greenpoint with Droor opening. That's a free show and flyer for it is below. Wilful Boys will also play Williamsburg's Grand Victory on August 14 with Moto and Moral Panic (Ex Livids). 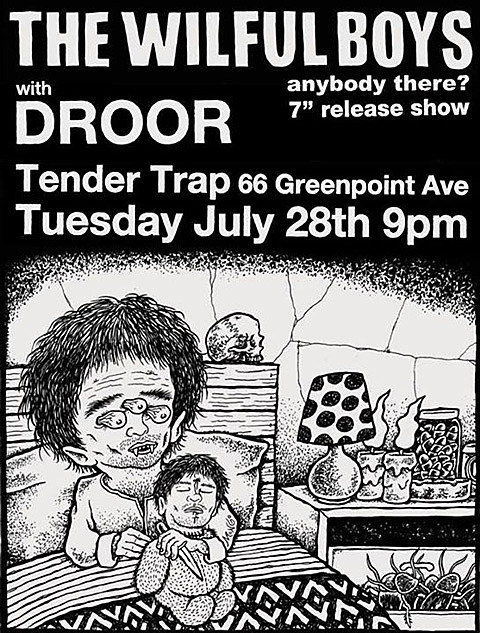