Will Oldham and Colm O'Leary in 'New Jerusalem' 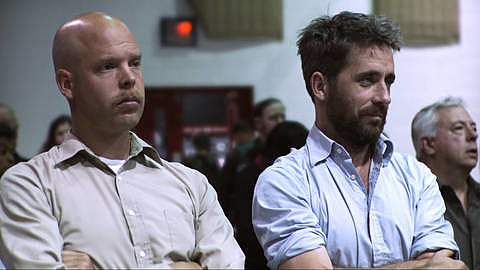 When not making records, Will Oldham has been known to act occasionally, most memorably in the 2006 indie drama Old Joy, though he has roles stretching back to John Sayles' 1987 film Matewan. His latest is New Jerusalem and his first starring role since Old Joy. The synopsis:

Sean, an Irish immigrant to America, returning from military service in Afghanistan, finds his heart and mind in disarray. He befriends IKE, (Will Oldham, in his first leading roll since Old Joy) a strong willed Evangelical Christian, who endeavors to ensure the fragile Seanʼs salvation. A meditation on mutual need and frailty, New Jerusalem explores the allure and limitations of modern utopian belief.

You can watch the trailer for the film below. New Jerusalem opens in NYC today (11/30) where it is showing at Videology in Wiliamsburg though December 6. Tickets are on sale. Co-star Colm O'Leary will be in attendance at tonight screenings, and at Saturday's (12/1) screenings will have O'Leary, director Rick Alverson and producer Courtney Bowles. If you can't make it to one of the screenings, New Jerusalem is also available to download via iTunes and other digital outlets.

In other Videology news, I am helping progam (and host) the bar/cafe/theater's new Music Mondays series which kicks off this Monday (12/3) with Penelope Spheeris' essential 1981 L.A. punk documentary Decline of Western Civilization which remains unavailable on DVD (as does it's hair metal sequel). We're pairing Decline with the infamous "punk rock" episode of NBC series Quincy, "Next Stop, Nowhere," which has to be seen to be believed. Trailers and clipsfor both are below. The screening starts at 9:30 (New Jerusalem shows at 7 PM) and is FREE. We're still figuring out the rest of the schedule for Music Mondays (and how often they'll happen) but Videology's screening schedule is here.

And speaking of Rick Alverson, it's one of two movies he currently has in theaters, the other being The Comedy, which BrooklynVegan presented a free screening of a few weeks back and opens in Austin tonight. It will also be showing at Videology from December 14 - 20.

Bonnie "Prince" Billy (aka Will Oldham) recently put out a Christmas song and has live shows coming out too.

Trailers and clips from New Jerusalem, The Comedy, Decline of Western Civilization and the "punk rock" Quincy episode are below. 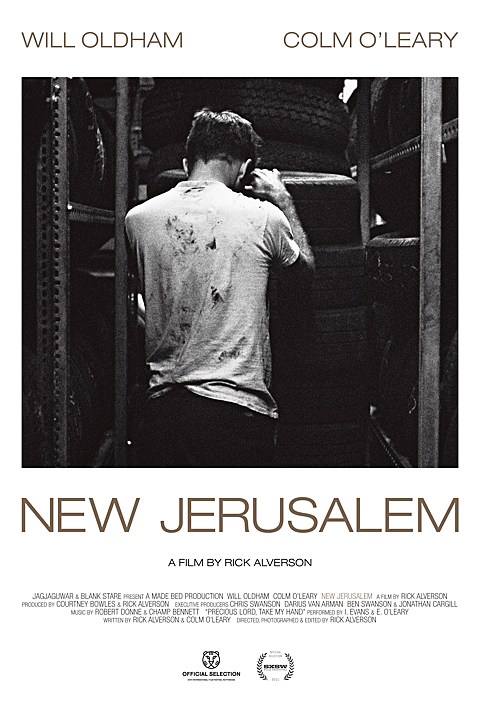