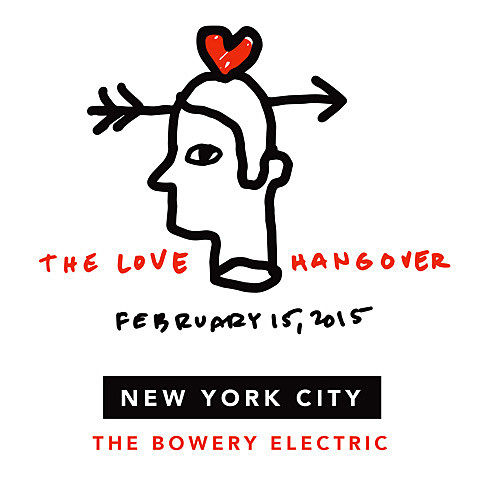 Dave Derby, former Dambuilder and current mastermind behind New York's ever-rotating outfit Gramercy Arms seem to have a thing for love. Last year the band dropped The Seasons of Love and now Dave is putting together the NYC edition of long-running post-Valentine's Day tradition "The Love Hangover" at Bowery Electric on February 15. Tickets for the show are available now.

If you're unfamiliar, The Love Hangover features "the world-weary and the true believers alike huddle in pairs, playing songs to heal broken hearts and break whole ones." The NYC edition features a lot of Gramercy Arms-related pairings:

The next night, Will Sheff will also be DJing the front room Baby's All Right on February 16, which is free.

In related news, Nada Surf frontman Matthew Caws (who sings on The Seasons of Love) will feature on the first of  Kevin Devine's split 7" series where Devine teams with artists to cover each other's songs. The first split, out February 24 via Kevin's Devinyl Records, has Caws covering Devine's "Fiscal Cliff" and Devine covering Nada Surf's "Inside of Love," which you can stream (via AV Club) below.